Being back in Birmingham means not a lot of birding.


Have been looking at Google Maps eyeing up potential sites in the York Area to explore birding wise.


One area that looks to have bags of potential but as far as I'm aware isn't watched.


Birds that would be expected in the area in an average year but tricky to catch up with in a year, must be a lot easier down there. Birds like Grey Plover, Barwit, Spotshank, Turnstone, Arctic Tern, Black Tern, Little Gull and Kittiwake must get concentrated and pass east down towards the humber from the west coast or be pushed up the humber and pass west depending on weather conditions.


Then there must be potential for birds that are pretty scarce in area like Shag, Sanderling, Hen Harrier,  Gannet, RB Merg, Sandwich Tern, Skuas, Fulmar and the like as well as other species like Montagu's Harrier, Divers, Manx Shearwater, Eider, Auks, Phalaropes, Sabine's Gull and Little Tern.


However, am I just getting excited with all this potential. Is it too far along the humber for birds to come up this high? The area goes as far south as Hemingbrough, by this point there has been 3 bridges across the river, Humber Bridge, M62 and the A614. Will this put birds off coming this high up?


Anyone ever watched the Ouse this high up and had stuff move up or down it? Any tips for best weather conditions for stuff being forced up the humber?

General consensus on the pipit below seemed to be littoralis Rock Pipit, it was seen again the next morning by Chris but not since and all the pipits seemed to have cleared off! Bird number 124 for my York Area Year List, which will be taking a back seat for the rest of April as I'm not going to be back in area until two days on the 19th and 20th and then not back properly till the 30th!


After a good 2 days Sunday and Monday, the rest of the week was a lot quiteter, Twite still kicking about at Hes East, but very few other migrants. Highlights being 259 stunning Golden Plover in a local field whilst looking for a Crane! 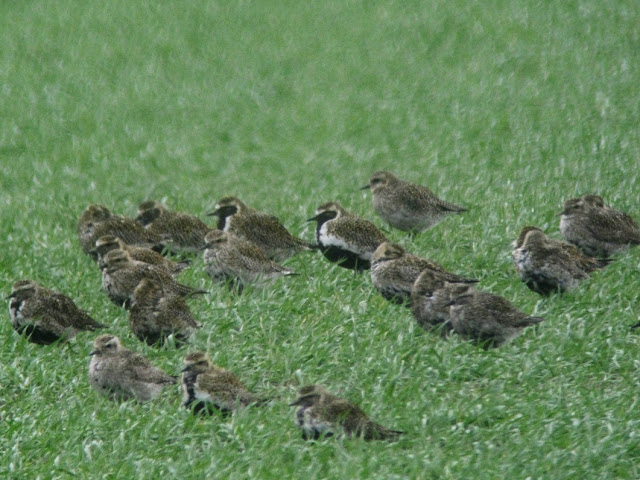 
Came back to Birmingham for Easter this weekend so here's hoping I don't miss too many good birds in the York area.


However more interesting was what happened on Wednesday on the local patch, Hes East.


After several emails to the Uni asking them if we could organise a work party on the site to try to encourage the breeding waders with some shingle and vegetation removal. After a meeting with the head groundsman on Monday, the first ever Hes East work party was organised on Wednesday!


The Uni ground staff were keen to do the work so along with me and a mate we got to work adding 7 tonnes of shingle in patches along the western scrapes, removal of low growing vegetation and improving of the fencing to try and deter the dog walkers. 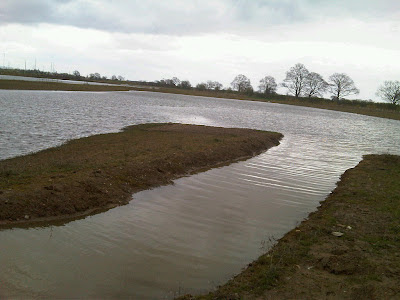 Shingle on the only island on the site 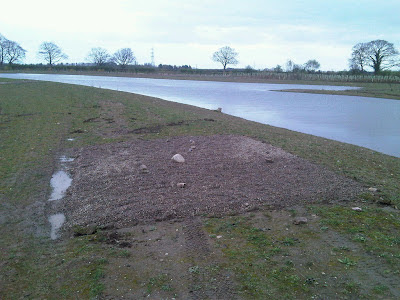 
Fingers crossed our hard work will be paid off with a productive breeding season!
Posted by Tim Jones at 7:41 PM 2 comments:

1 of 2 birds at Hes East this evening, opinions welcomed! 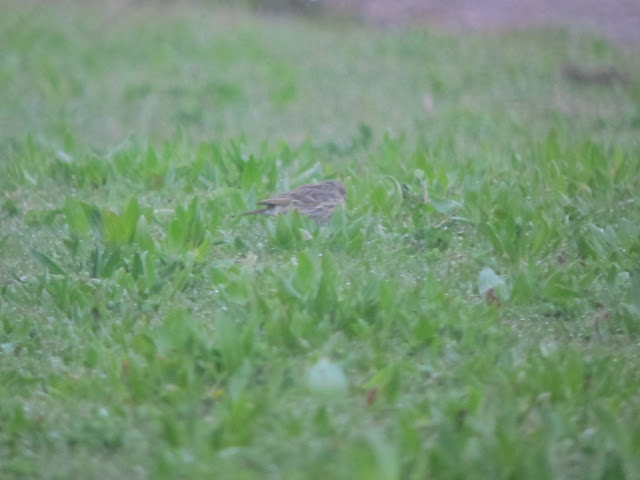 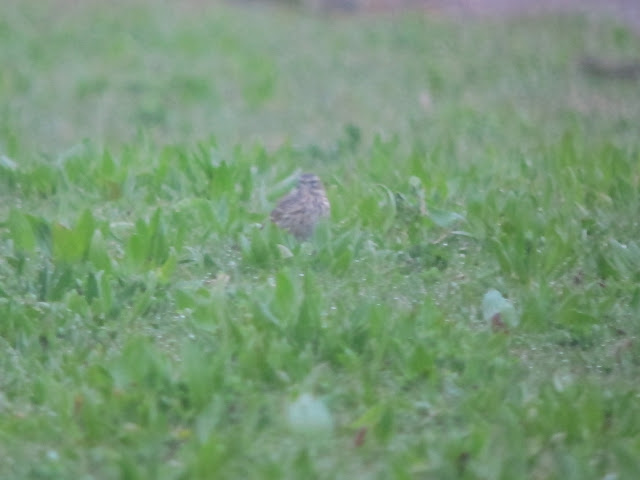 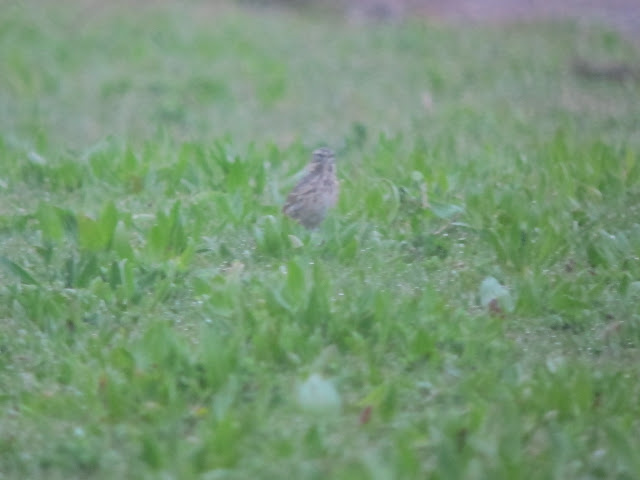 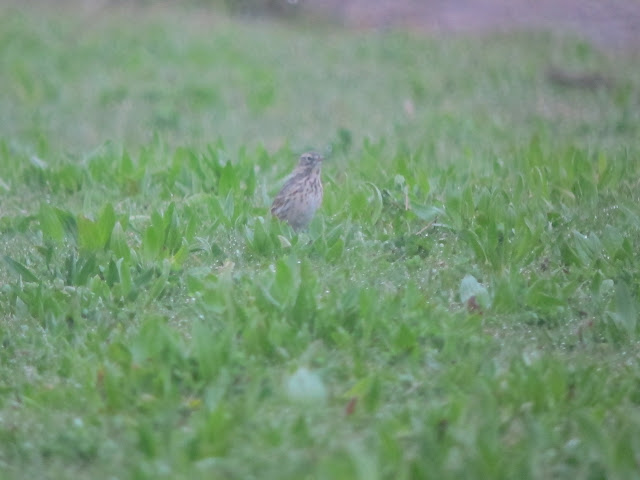 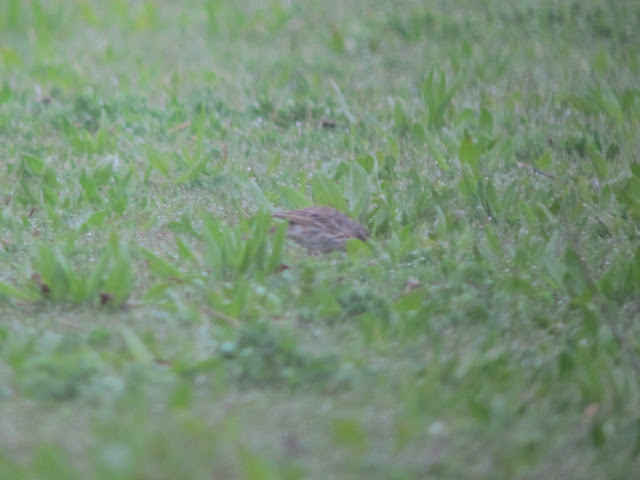 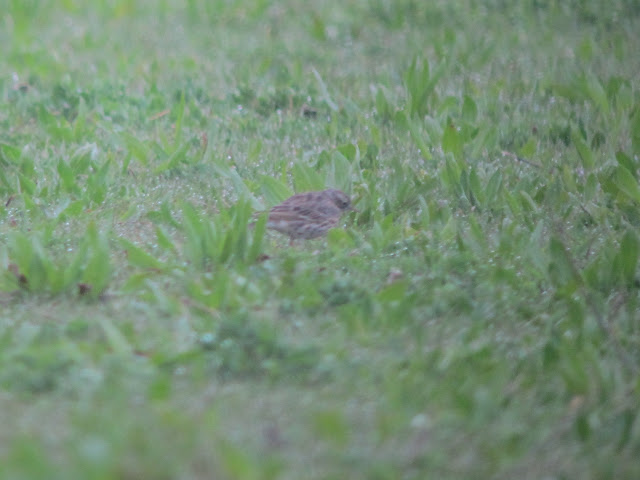 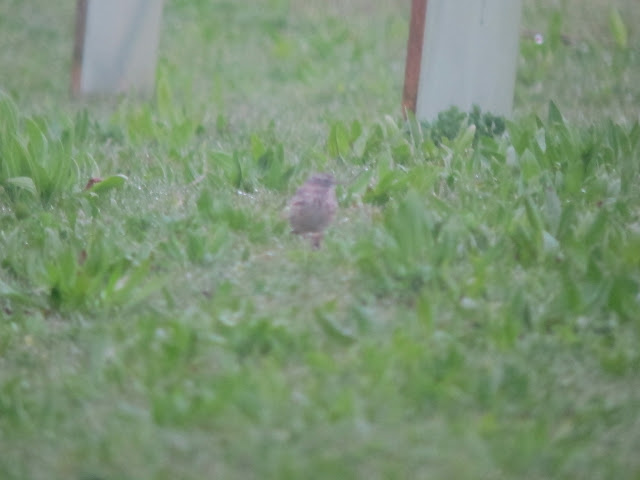 Ace day in the area today involved a morning at Hes East with Red Kite, Marsh Tit and TWITE! Being the highlights 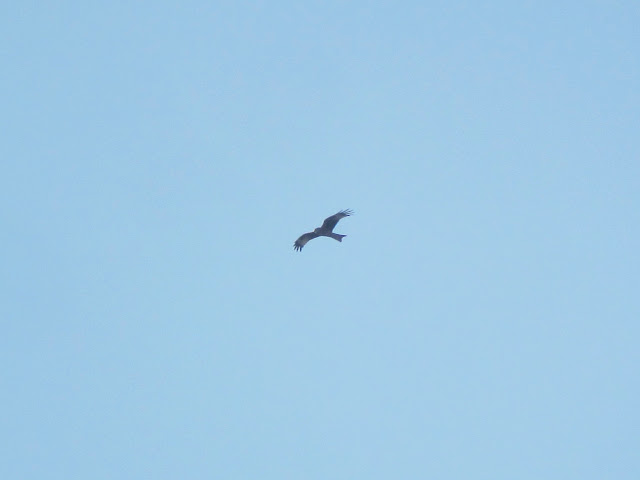 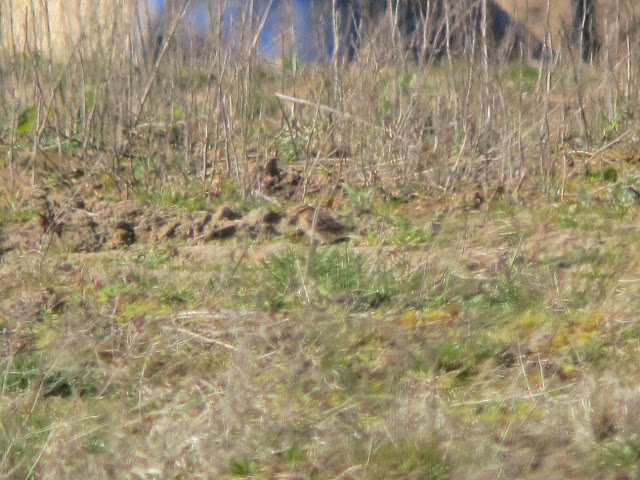 Then onto Wheldrake for 2 Avocet and my 2nd Red Kite of the day flew over!
Posted by Tim Jones at 9:07 PM No comments: