Last night I had a walk round Hes East and 'found' a Sedge Warbler! Pretty rare here as the reeds are only just starting to get established, so only the 3rd patch record. Missed the previous 2, last August and Spring 2010, so was nice to get one back, they'll probably end up breeding next year!

This morning had another walk round the site with the clear highlight being an Adult Little Gull that I first picked up at 10:33 in flight at the west end of the site just as it started raining, it then had a bath and stayed around the western scrapes with c.15 Black-headed Gulls then flew off east once the rain stopped at 10:57 and we watched it disappear as a dot! This bird represents the second record for the site (my first) after I missed an adult and 1s last June. 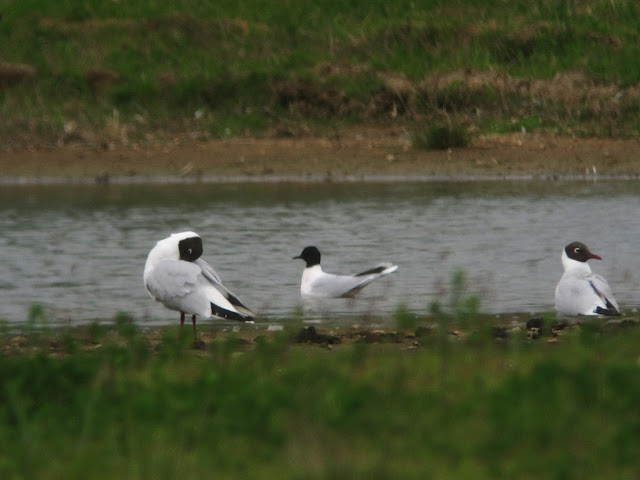 Haven't said much about the Panasonic FZ-200 recently, still very impressed by it and these last 2 days highlight exactly why!

Got these shots of the Little Gull as I first picked it up flying round before it went down. Not amazing you can tell what it is though and it would get it accepted if I was jammy enough to get a Caspian Tern fly through! 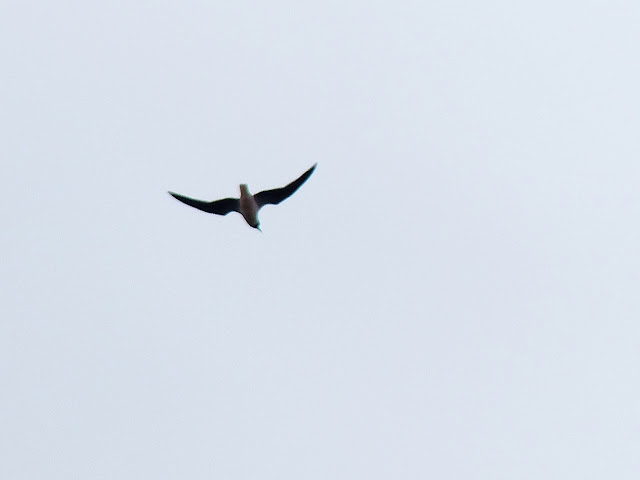 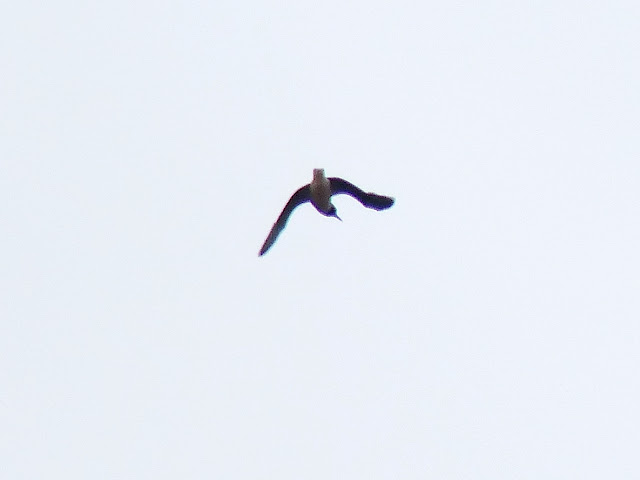 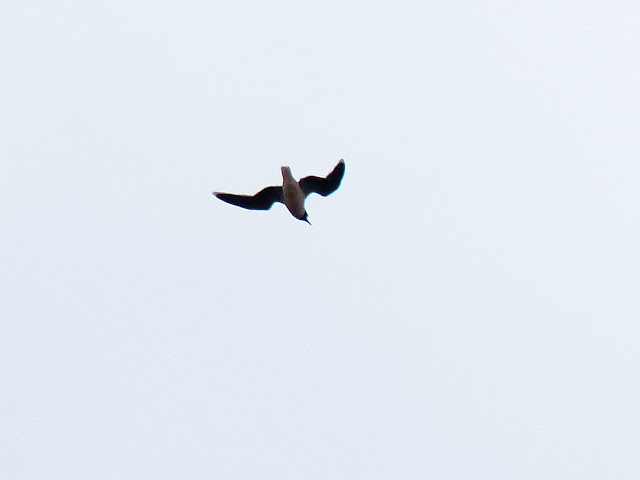 Then managed this shot of the Sedge Warbler. Hopefully put this kinda shot into practice whilst kicking round in the iris beds on North Ron later this year! Could help to nail all sorts before it disappears into the vast iris beds up there! 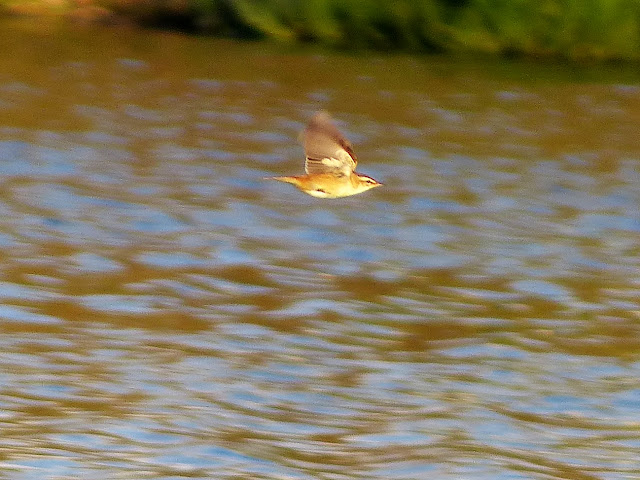 
Today I saw a Wood Warbler at Strensall Common

I took this photo 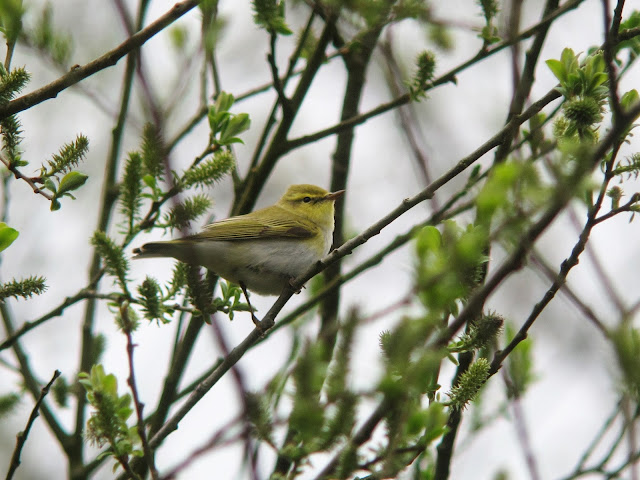 
and made this sonogram