hy·per·bo·le
[hahy-pur-buh-lee]
–noun Rhetoric
1.    Obvious and intentional exaggeration
2.    An extravagant statement or figure of speech not intended to be taken literally as ‘’to wait an eternity’’
Having just watch Channel 4’s Dispatches: Conservations Dirty Secrets, I thought I’d have a go at a blog post with my opinion on it. 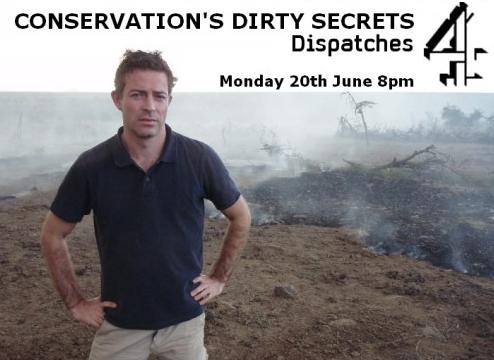 I’ll start with the presenter, oliversteads.com ‘’is an explorer and investigative journalist. He's presented critically acclaimed series in the US, UK and worldwide for Discovery Channel, Travel Channel, BBC World and Channel 4. He's rated as one of the world's 50 Most Extraordinary Pioneers alongside living legends like Ranulph Fiennes and Buzz Aldrin. His news reports feature on Channel 4, ABC & al Jazeera.’’ The general impression I get on him is that he is a journalist that likes to present his view of the story (oh wait isn’t that what they all do?) and the way that will make it most appropriate for dispatches which only really reports on shocking issues that they can make a programme out of. So maybe I should stop my post here as anything shown in the programme obviously doesn’t reflect the true picture of conservations secrets?

Look at me I have a machete

Check out the two stripes on the jacket. Cool.
Anyway enough about the contentious presenter, more about the programme.
He starts off looking at the AWF- African Wildlife Foundation http://www.awf.org/ and begins to investigate a series of events surrounding an area of Kenya that the AWF had asked the local tribe if they could develop it as a conservation area, the tribe said no and this is shown to lead to the huts being burnt down, locals evicted, murdered and raped. ‘As they are filming’ they notice smoke in the background and realise more ‘crude shacks’ have been burnt down. They notice 3 military police in the background and in true Ross Kemp style ‘could see it was about to kick off, so we got out of there.’
Later an interview with Helen Gichohi the president of the AWF goes in the usual way of Oliver Steads trying to be the badass interviewer and ruffle her feathers. A few prying questions into the land acquisition and she is soon shaking, hesitating over words and asking for the cameras to be turned off.  Seems a bit of a cop out to not have even gone in with secret cameras, this kids obviously no Dominic Littlewood and actually all the accusations were based on very flimsy evidence and nothing was said of what came to happen later on... 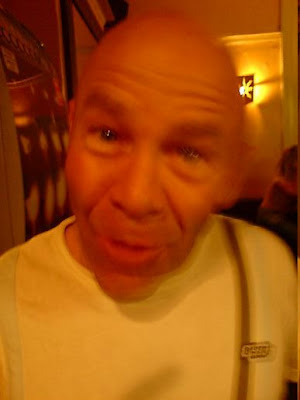 It then goes on to point out that large mammals are 500x more likely to receive scientific research compared with other animal types. Shocking right?
Charismatic mega fauna and disneyfication of large mammals are then discussed but we already knew about that anyway. A clever (or not so) way of thinking about it (well at least that’s what I thought) is to compare it to triage in a hospital. In a hospital patients are ranked into severity as treated in order of who is most likely to die the quickest. Now this initially seems like a good idea to apply to conservation, however conservation isn’t about individual animals but a whole species. This raises the question of should certain species be allowed to become extinct and our funds and conservation efforts focused on species that actually stand a chance of surving. The main example of this is the Giant Panda. It is at this point that I will link you to someone who can say it better than me, I don’t really like the guy 90% of the time as he does say a lot of incorrect facts but never mind here’s Chris Packham http://www.telegraph.co.uk/earth/wildlife/6216775/Chris-Packham-Giant-pandas-should-be-allowed-to-die-out.html
Letodactylus fallax is used as an example of why Giant Pandas are the logo of the WWF and not them. Sums up their plight when you Google Dominican mountain chicken and the first page that comes up is this. Oh dear. 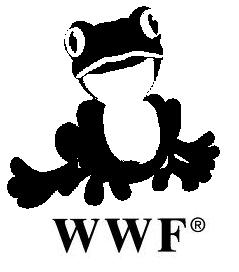 Why not?
Since 2004 African Elephants are no longer endangered but are still listed by the IUCN as vulnerable just as they were in 1994 then endangered in 1996 so is there really no need to conserve these animals? African Elephants and other charismatic mega fauna although getting a tough ride in this programme are actually great for wider conservation roles, as the millions that they can generate goes into the ecosystem as a whole and so benefits a wide range of organism. This is precisely the reason why companies like WWF have their adopt-an-elephant scheme as they know that this benefits the whole ecosystem as well as generating a lot more money than a adopt-an-endangered-worm scheme.
A bloke representing WWF, was asked about why they don’t cater as much for amphibians as they do for large mammals? He then replies with ‘’We love turtles’’ need I say anymore? Probably just harsh editing from Channel 4 anyway.
They then try to get an inside scoop on Conservation International as they are funded by large international corporal companies by interviewing Christine Macdonald, someone who briefly worked for them. She then gives an interview saying how in a large board meeting that no one questioned BP and how they pollute the world... her tag line is ‘An environmental insider reveals how a good cause has gone bad’ was there really any point in interviewing her for this show?!
So the overall message of this show is that we should stop focusing on the cute fluffy Pandas and Tigers and instead conserve plankton and mountain chickens? Well that’s never going to happen, so lets just fly all around the world, talk a load of crap and ‘’see if we can track down some lions’’ 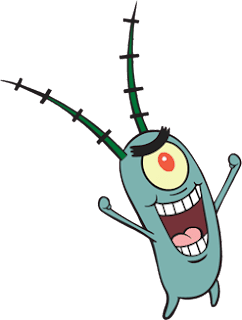 True conservation secrets are magic gems like this one.

More on that when I can next be bothered to blog.
Posted by Tim Jones at 3:05 PM 2 comments: Links to this post


Awoken by Oli telling me of a mega bird nearby, he'd couldn't make it out till 5 so wouldn't tell me what it was just that he'd pick me up at 5 and we'd go. Hang up expecting it to be something miles away quickly see that its a White-throated Robin at Hartlepool... a 1hr 20mins away! That got me out of bed and a quick couple of phone calls and I was meeting Chris and we arrived on site before 11:30 to see it sitting in the sun at the base of the bush! 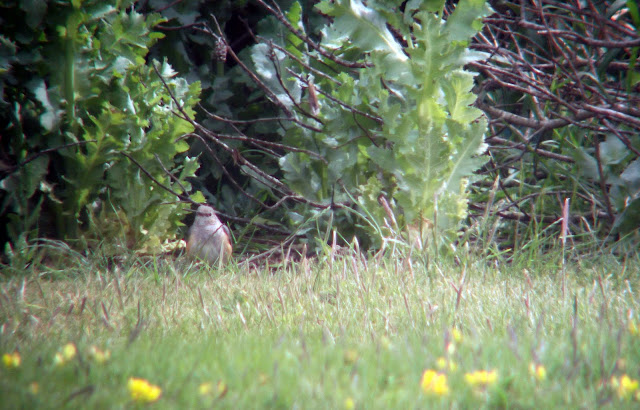 Watch the bird feeding in the bushes on edge of the east Bowling Green then it goes missing until I managed to pick it up flying across the road over our heads! Me and Chris promptly head over the road to the west Bowling Green and quickly re-found it and had nice views as it fed along the hedge row. 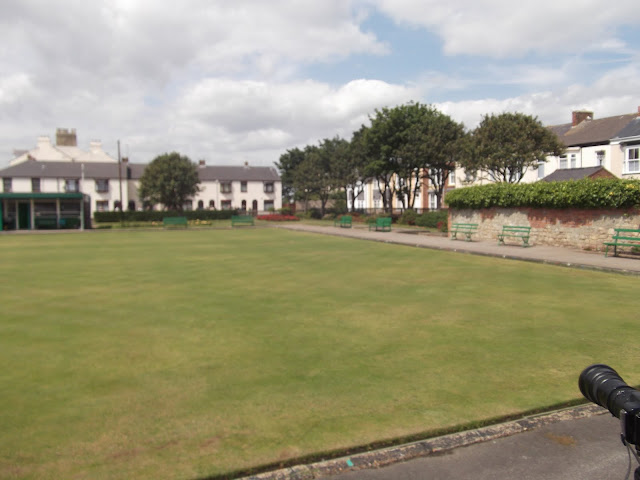 We then headed up to Blackhall Rocks to see if the Surf Scoter was around as there had been no news so far, turned up to see a flock of c100 Common Scoter but no Surf. 5 Manxies passed south, 3 sum plum Red-throated Divers and plenty of Gannets, Auks and Kittiwakes were passing by.


News of a Red-backed Shrike came across from Seaton Carew so we headed off to see if we could see it. Parked up and walked through the dunes to see what we could find. Soon we were watching a stonking male Red-backed Shrike as it worked along a fence line in the dunes. 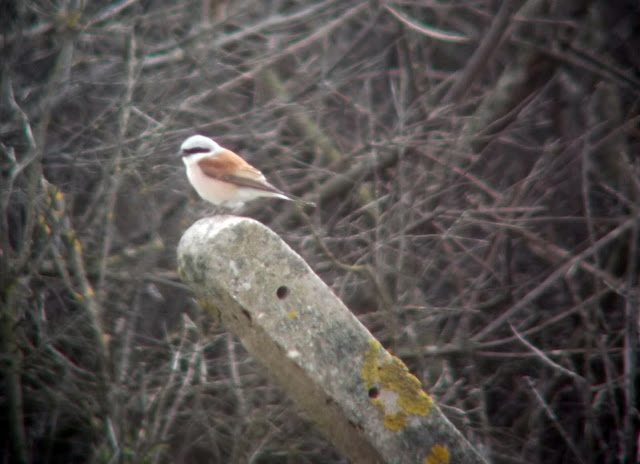 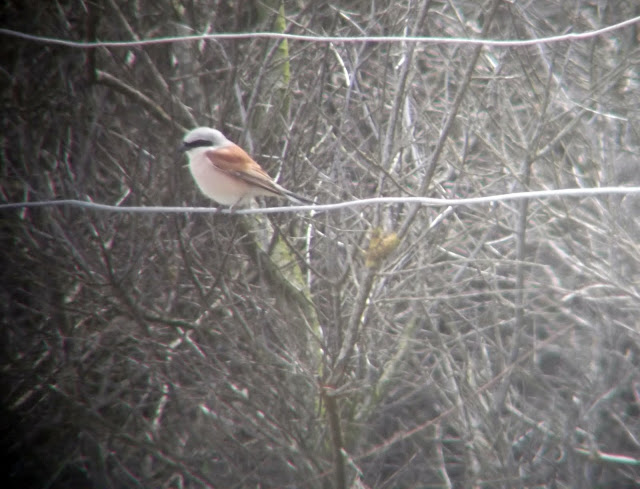 Cracking bird and second lifer of the day, we headed back to the car happy with both birds and news came out of a Spoonbill at Saltholme RSPB, 2 mins down the road


Get to Saltholme quick park up and through the visitor centre to the hide and see the Spoonbill is asleep on the causeway, lifts its head up several times, lovely adult. 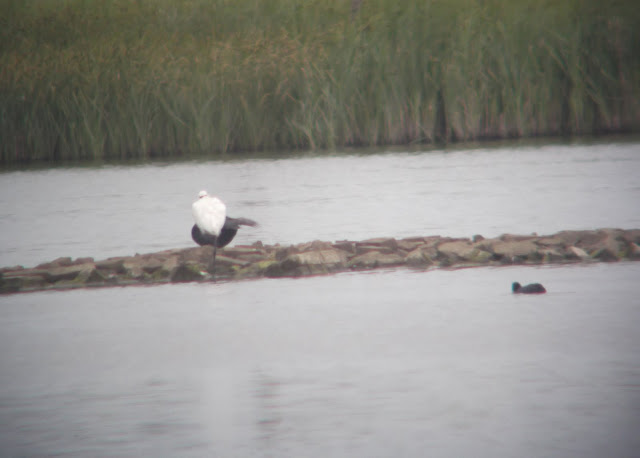 All in all a cracking day!
Posted by Tim Jones at 8:45 PM No comments: Links to this post

Just had a look at the Surfbirds North American Stop Press Gallery and some of the British Megas in Alaska wouldn't go a miss at the moment! 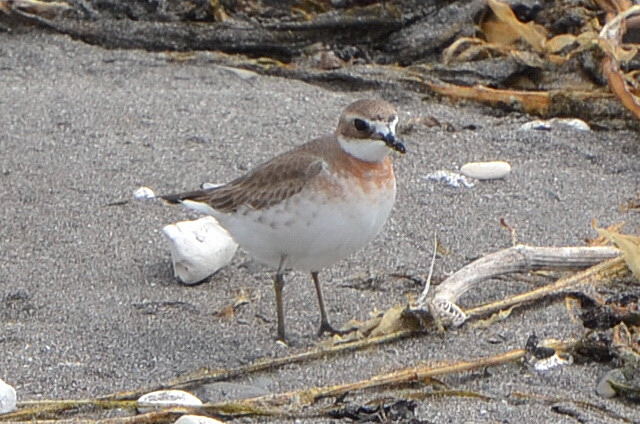 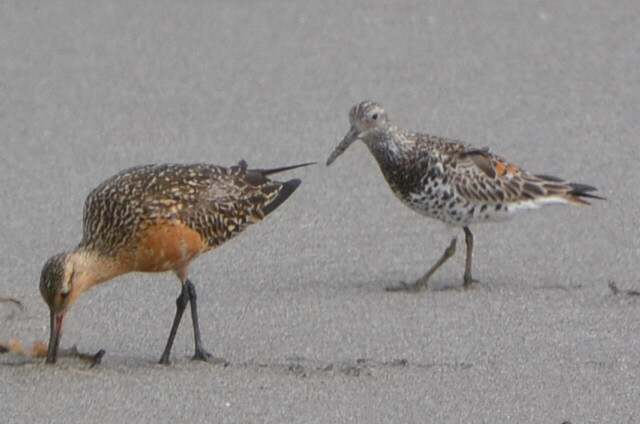 Posted by Tim Jones at 11:38 AM No comments: Links to this post