Was at Spurn from Thursday till Tuesday and recorded this pipit on Friday 14th.

(Edited to cut time between calls)

It was flying around the Warren fairly high up then moved off North-west or poss onto the Saltmarsh, but I lost it to view. At the time I thought it sounded a bit different to the usual Rock Pipits so pointed my mic at it recorded a few calls and thought nothing more of it.

Have been looking at it in a bit more detail today now I'm back in Birmingham with my laptop and this is what I've found.

That little purple line is what I reckon is roughly in the middle of the calls. I then did the same thing with 6 Water Pipit and 6 Rock Pipit calls taken from Xeno-canto. I made sure to choose call types that were the same as the Spurn bird (flight calls) and that they were the same race i.e. petrosus Rock Pipits from Britain or France and spinoletta Water Pipits from Europe (Poland, Italy and Germany). 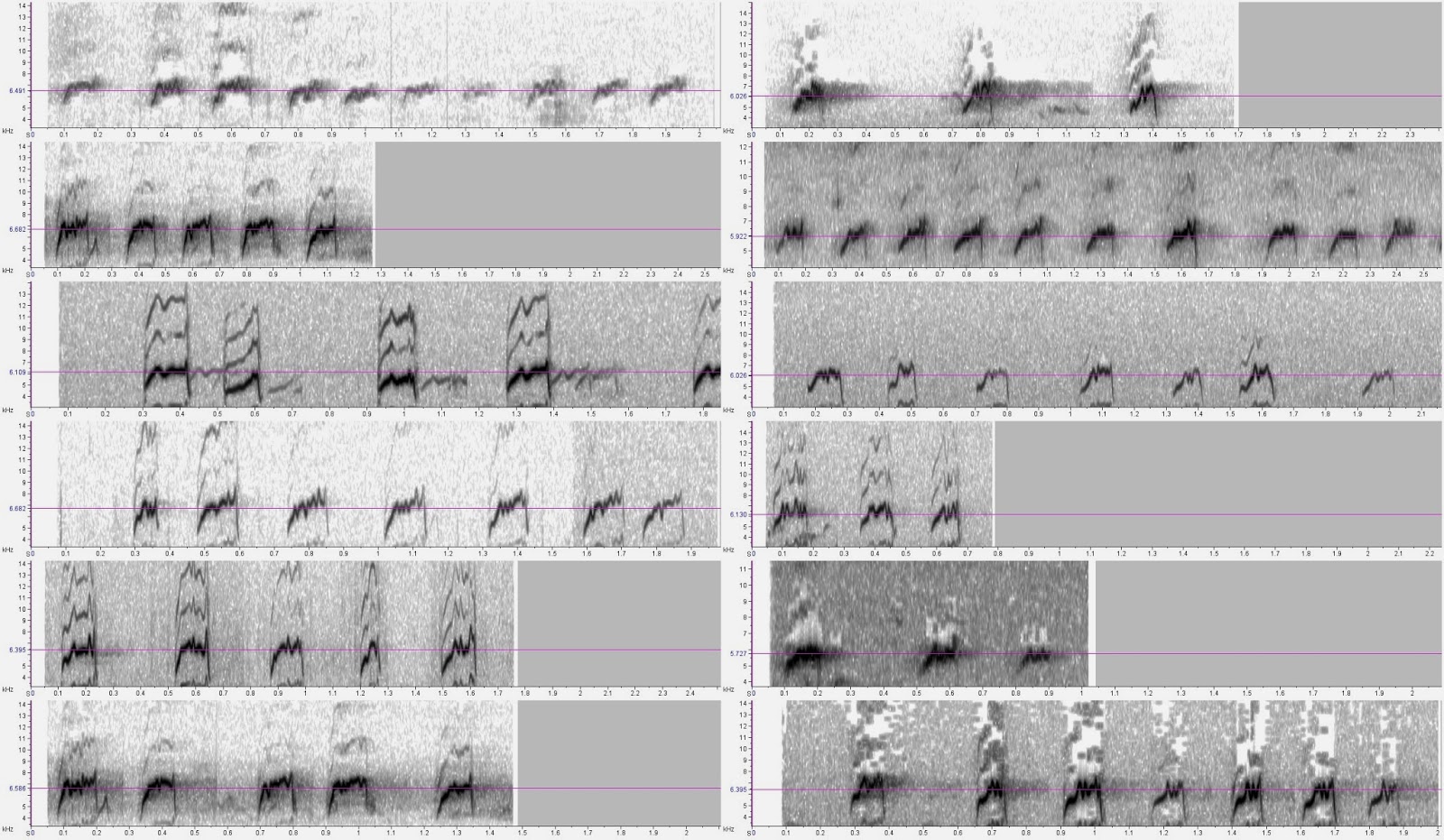 I then worked out the average level (kHz) from the Rock and Water Pipits calls.

The lowest a Rock Pipit showed up in this test was 6.109 kHz in my very crude test, so does this put the Spurn Pipit outside the range of Rock Pipit and make it a Water?

In Catching the Bug (Sound Approach book) they show a sonogram of Rock and a sonogram of Water. It shows the shape of the calls in the sonogram to be quite different! The Rock Pipit has a steadily rising shape whereas the Water is a lot more up and down or 'rising with modulations' as they say in the book! It seems that from the calls above they vary massively! So wouldn't fancy commenting on the shape of the Spurn pipits call!

Obviously its a small sample size, but shows that the Spurn pipit is towards the lower end of Rock/Water Pipit calls.

Be interested to hear from a few people that know a lot more than the very little that I do on these birds calls!

Champions of the flyway

On Sunday I shall be flying out to Israel where on the 1st April I will be part of a team hoping to record as many bird species as possible in 35hrs. This is the first event of its kinds in Israel and as part of this we are trying to raise funds for Birdlife International and the recipients of this years money raised will be going towards helping prevent the shooting of mainly raptors as they pass through the Batumi bottleneck. Any donation towards this great cause would be greatly received, more information and our teams (the Digital Stringers!) JustGiving page is linked below.

Thanks in advance for any donations


Once I'm back I shall hopefully be posting lots of pics, recordings and details of what we did and saw out there!
Posted by Tim Jones at 9:01 AM No comments:

Not too long ago I noticed quite a few people on Twitter and Facebook posting about an app called Aves Vox. It is an app for iPhones and is basically an easy way to search the Xeno-Canto extensive database of calls and songs.

I downloaded the free version straight away and started having a play, I quickly realised the potential of this app and thought it was good but could be brilliant with just a few little tweaks such as a repeat function (so it could be used when ringing to lure birds in) and an easier form of saving the recordings into lists etc.

So I emailed the creator Max Allan Niklasson suggesting some improvements to the app, but not really expecting a reply! However he emailed back almost straight away and was keen to hear more of my thoughts, several emails later I asked if he could email me when the net update of the app was finished.

Max emailed last night to say that the repeat function and several other changes had now been updated for the app. So this morning I decided to splash out the very reasonable sum of £2.99 for the PRO version of the app.

Having been looking at it today this app is brilliant! (Hence this blogpost!) The potential to download and have ready on your phone pretty much any call or song from Xeno-Canto.


So using this app you can create a list of species, choose the recordings you want, have them instantly accessible without an internet connection and for ringers there's a repeat function. What more could you want from an app!

There is a free version of the app, but it doesn't have the repeat function and some of the list creating functions aren't the same, I think for £2.99 it's still a bargain!

Although the sonogram has a little less 'interference' on the edited version I think the original shows the shape of the call better than the edited version, something worth bearing in mind when producing future sound recordings.

Also had a look on Xeno Canto at Bullfinch recordings

Doesn't take long to realise the variation in the calls of the 'Eurasian' Bullfinch, also never realised how many ssp there are!

So I finally decided to get some sound recording equipment, have been thinking about getting some for a few years now but finally found a decent set up for sensible money. Looked into Parabolic reflectors which work out at horrendously expensive! Probably best part of £1,500 new and not a lot of second hand options!

Settled for a Sennheiser MKE-300 shotgun mic that I got off eBay for £70 and a Olympus LS-3 recorder for £120 off Amazon. 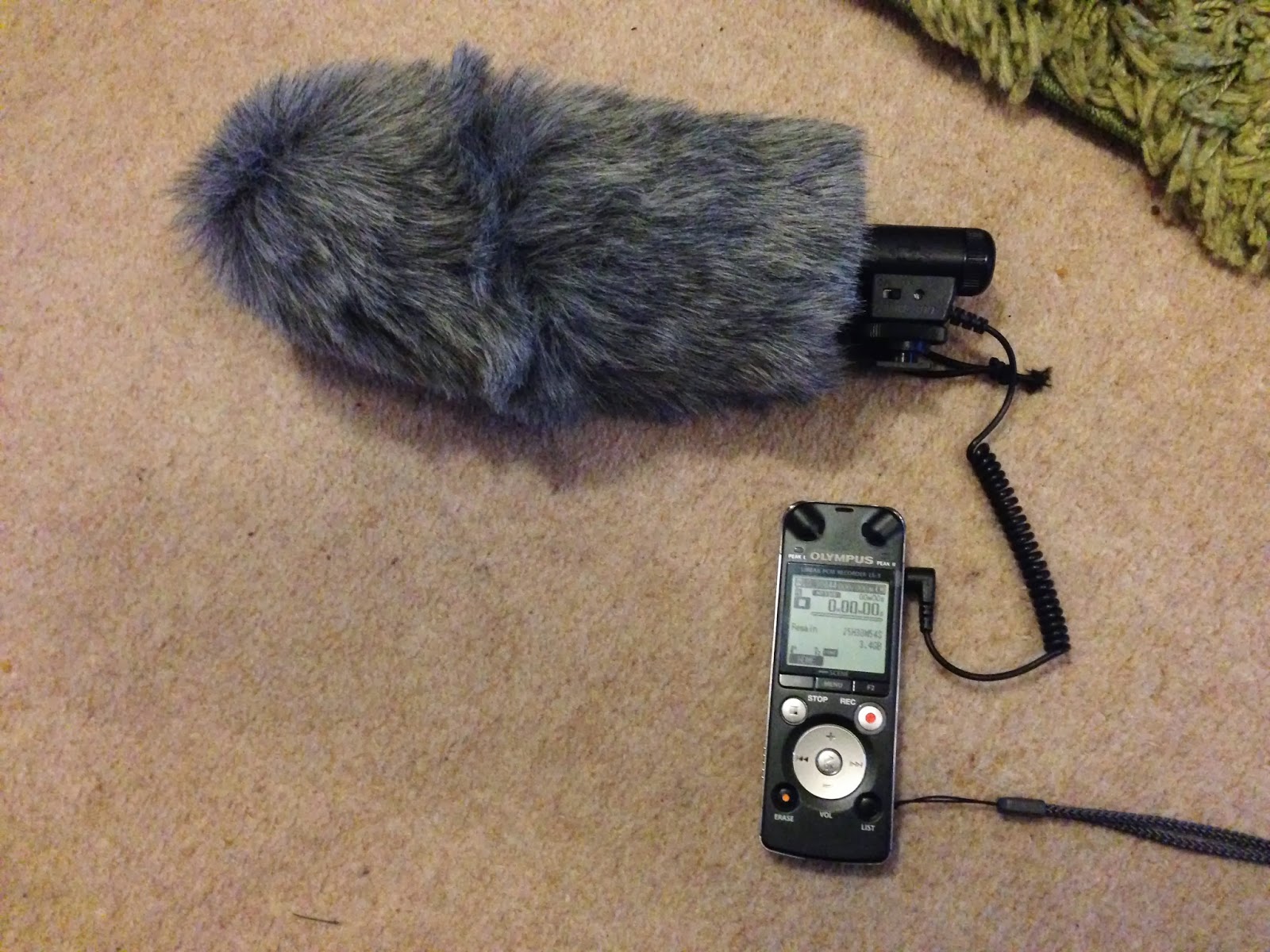 So although my mic hadn't come in by the time I set off to Upton Warren this morning I had a play around with trying to record various birds. Limited by the reach without the mic and the wind, I focused on trying to record the Bullfinches that were visiting the feeding station at the Moors.

Managed a decent recording of a male near the hide 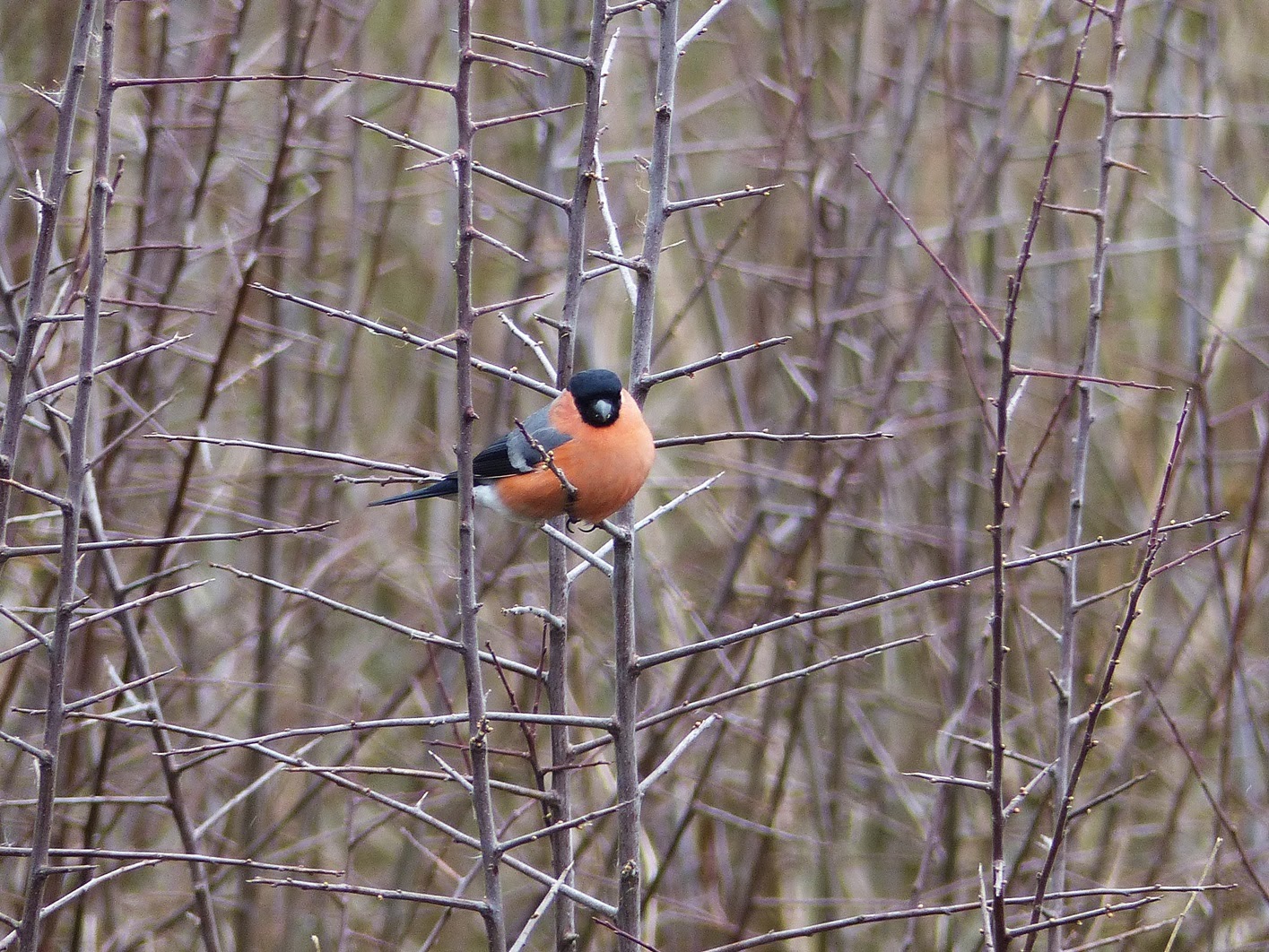 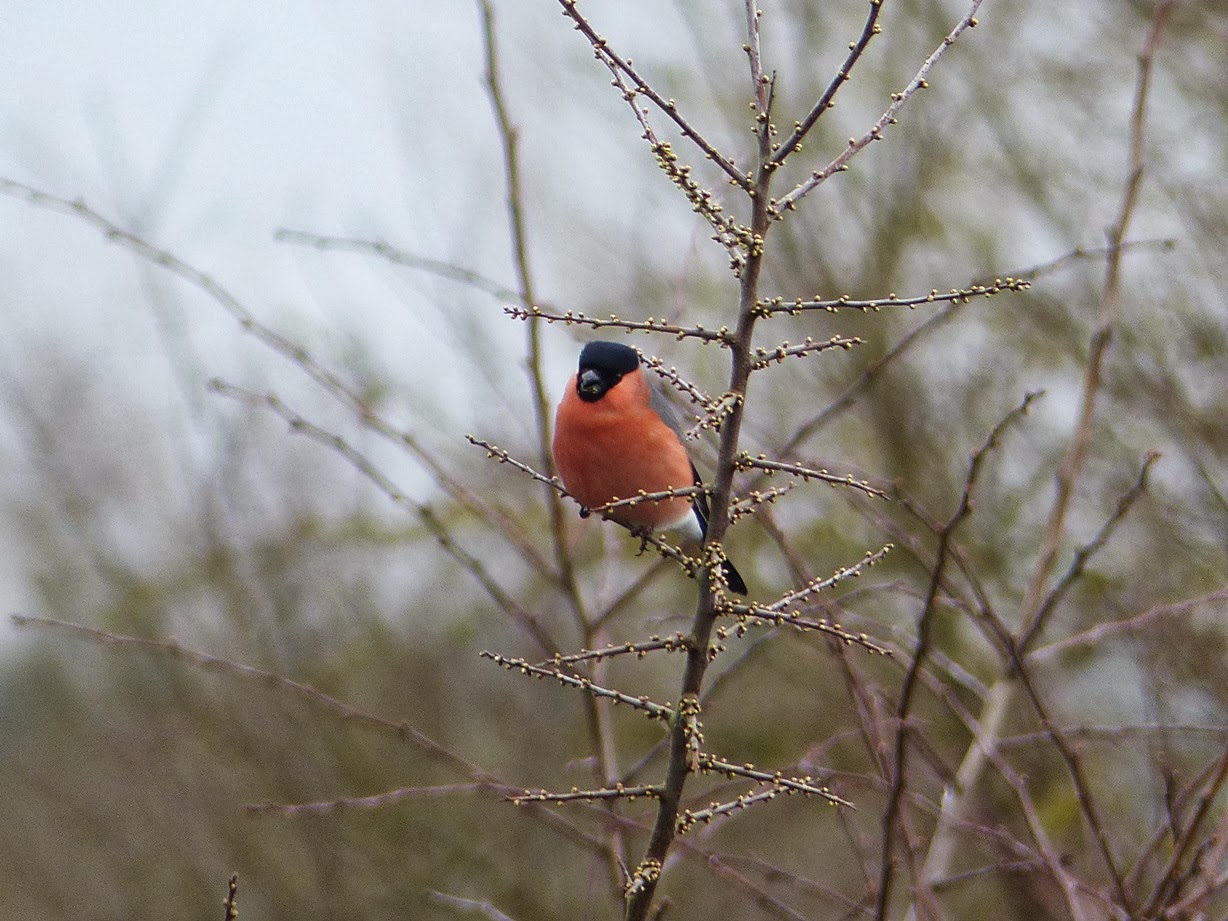 The first track is what came off the recorder and the second one is what it sounded like after I'd played with it in Audacity. Following this article https://dl.dropboxusercontent.com/u/62295188/audacity/usingaudacity.pdf its amazing how easily (admittedly not at first but keep trying and re-reading the article!) background noise can be removed leaving you with the calls that you want!

(Raven Lite and Audacity are both free downloads from links above!)

After reading this blog post https://sites.google.com/site/tg23birdininabox/daily-dairy/bullfinches it seems that you can seperate our British P.p.pileata from the European P.p.europea on call. Not massively obvious when listening to the recordings but look at the sonogram and you can see the birds from Upton today are a straight line but the europea birds from Norfolk show a slight dip in this line.

Exactly why I invested in this sound recording gear, and will probably be the topic of plenty more blog posts to come!

Avocets have returned and slowly increasing almost daily with 16 birds on site now. 13 pairs fledged 30+ youngsters last year, will they better that this year? 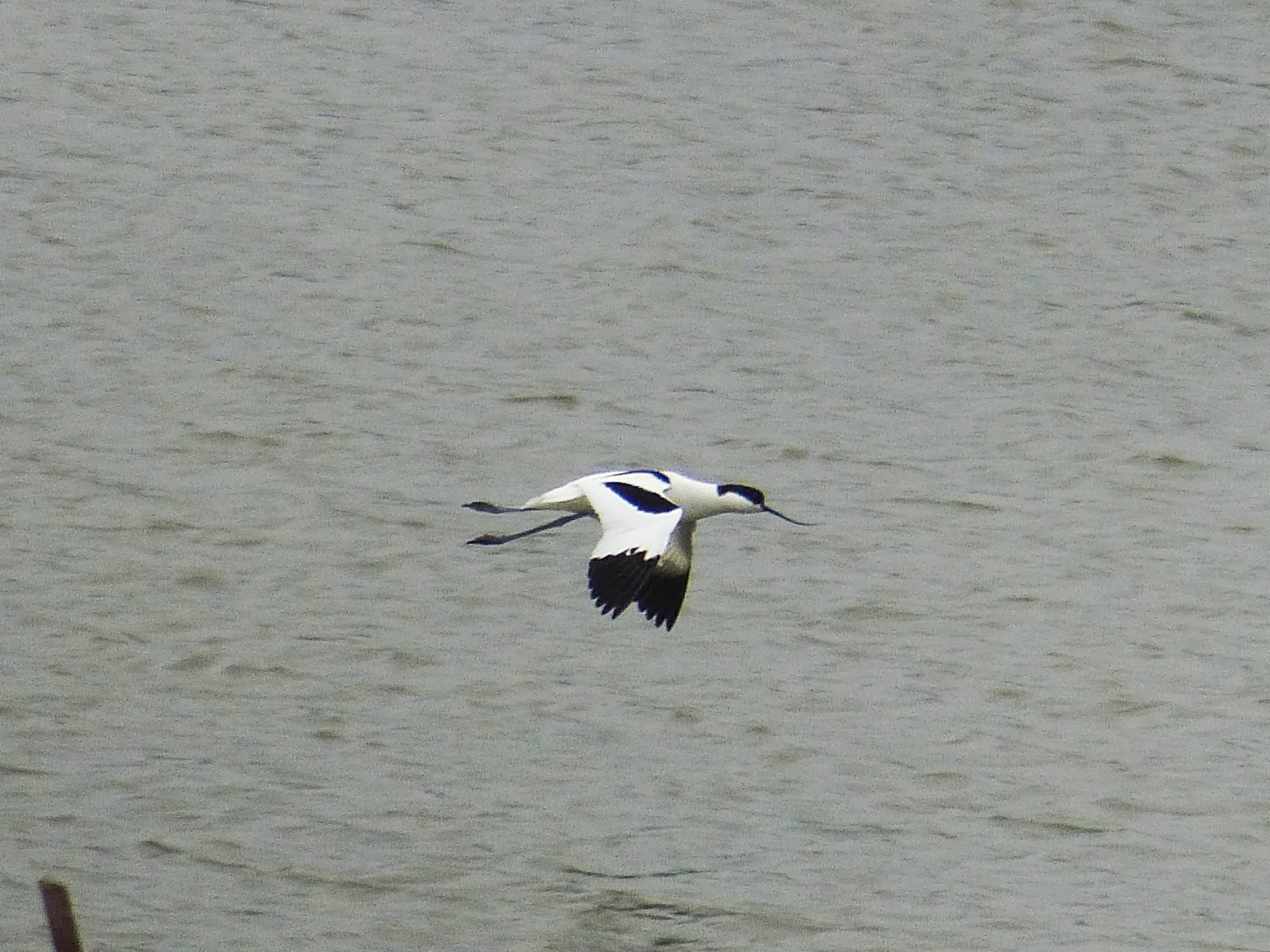 Hope that wasn't too boring a blogpost, going to try and record some local Crossbills tomorrow, so no doubt another sonoographically related blog post to follow if I am successful!

So after my last post I stayed at Spurn till the 20th, fairly quiet on the birding front, saw what was presumably the same Grey Phalarope fly north on the 13th, turns out there's never been a Grey Phal in the Jan-June period at Spurn before!

Other highlight was 2 overnight wader ringing sessions on the 18th and 19th, resulting in a total of 3 Oystercatchers, 65 Knot (plus a Dutch and British control), 7 Dunlin and 3 Redshank which was some brilliant experience with a large catch of Knot on the 19th, as we were extracting the Knot the first Avocets of the year were calling around Kilnsea Wetlands! 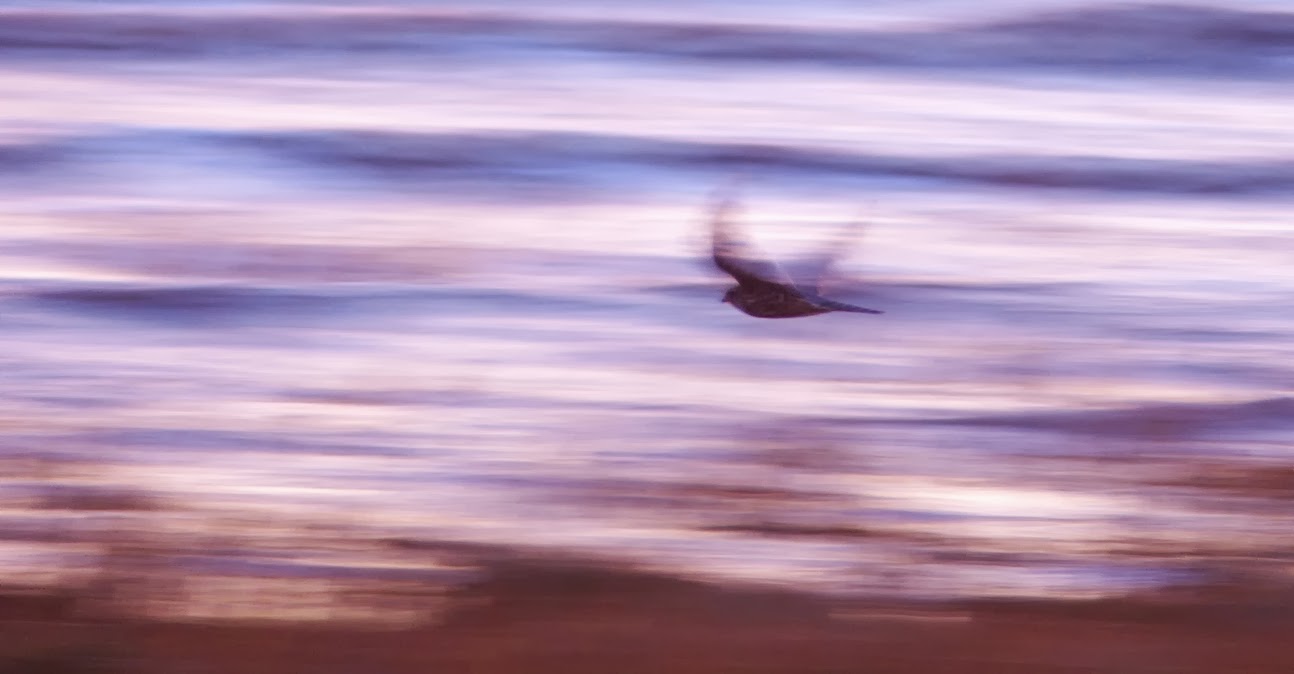 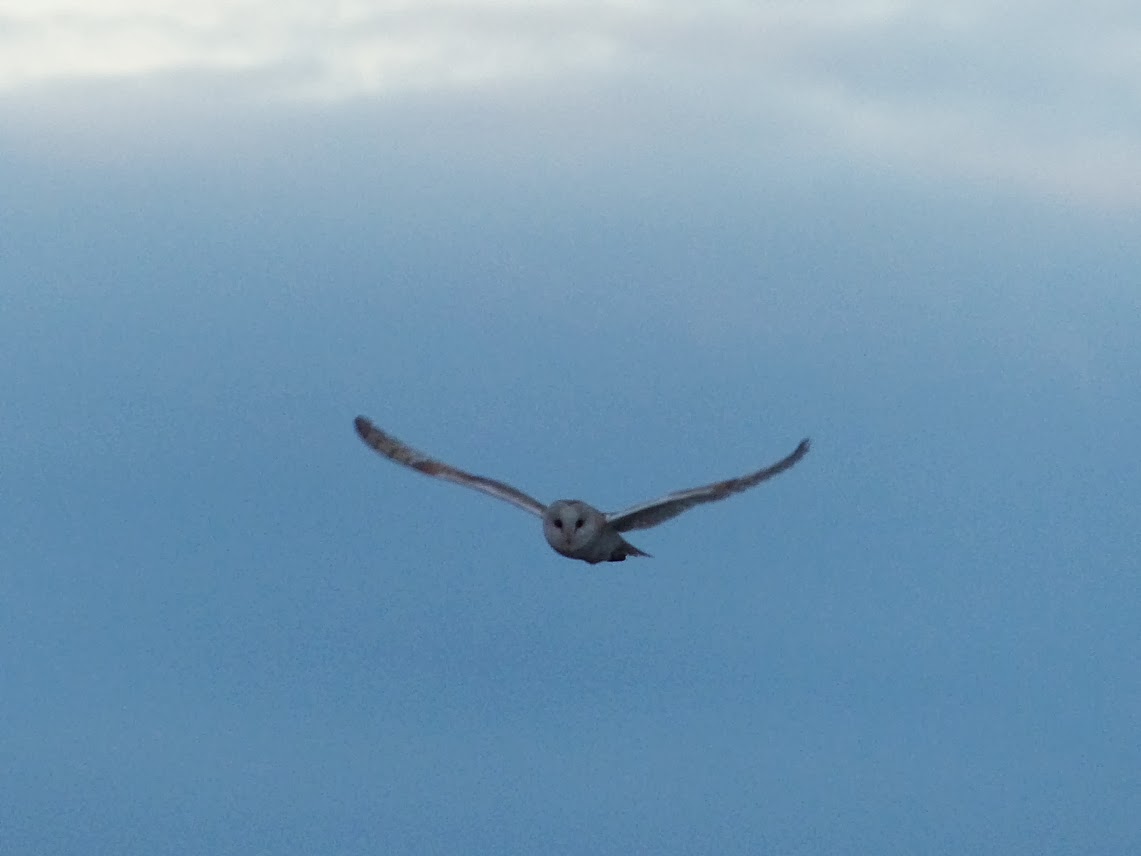 Got upto 91sp and 112 points for patchwork challenge, should be down for a bit in March before going to Israel at the end of the month, see if I can get 100sp up before Spring gets into full swing!

Since Spurn I spent some time in London, mainly to see my girlfriend but had a wander round Hyde Park for an afternoon on the 26th, plenty of bird life here despite the crowds and surrounding city! Spent most of the afternoon trying to read metal rings on Black-headed Gulls! Managed to fully read a Swedish and a British ring and a regular polish Darvic'd bird put in an appearance. 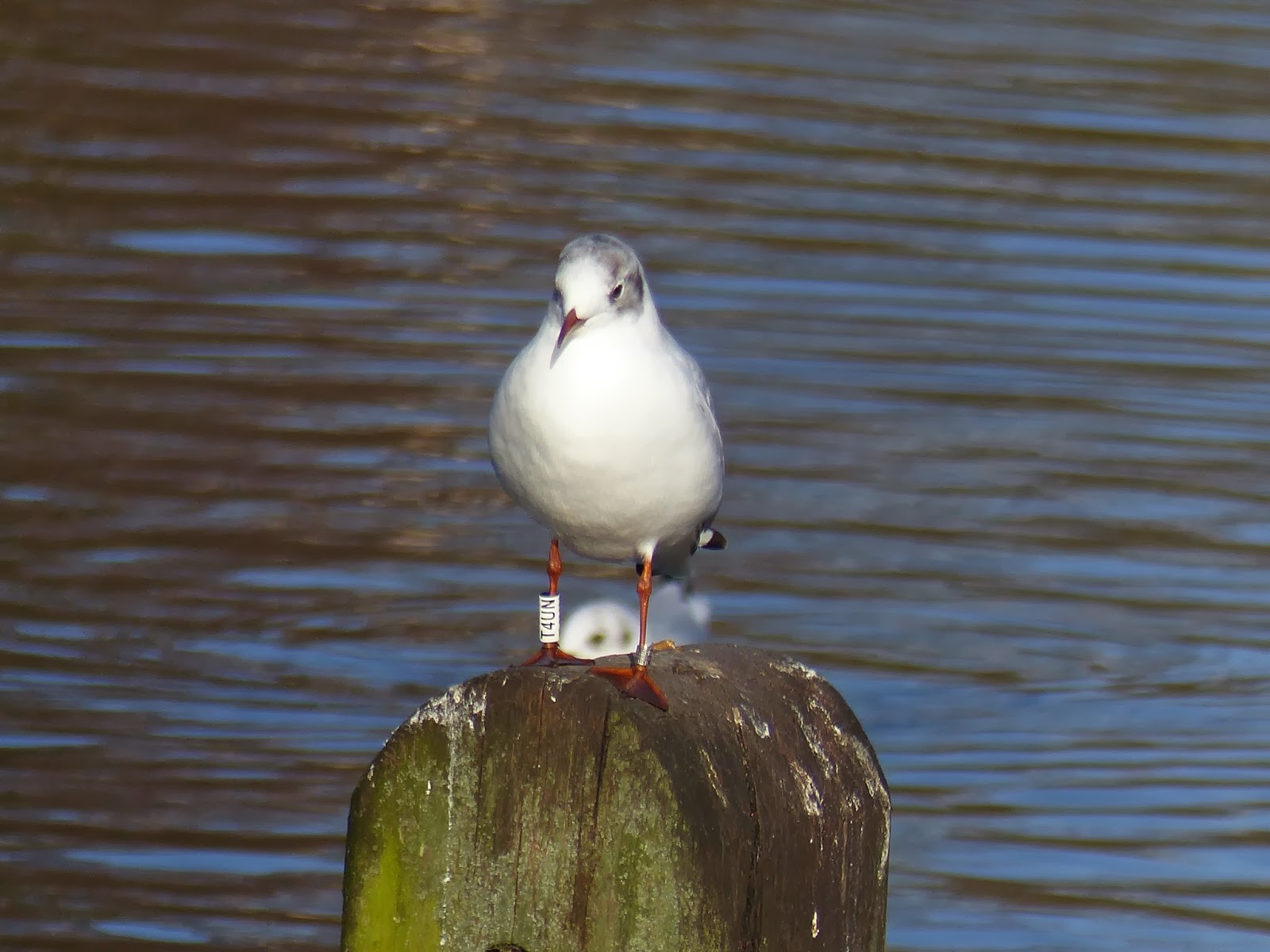 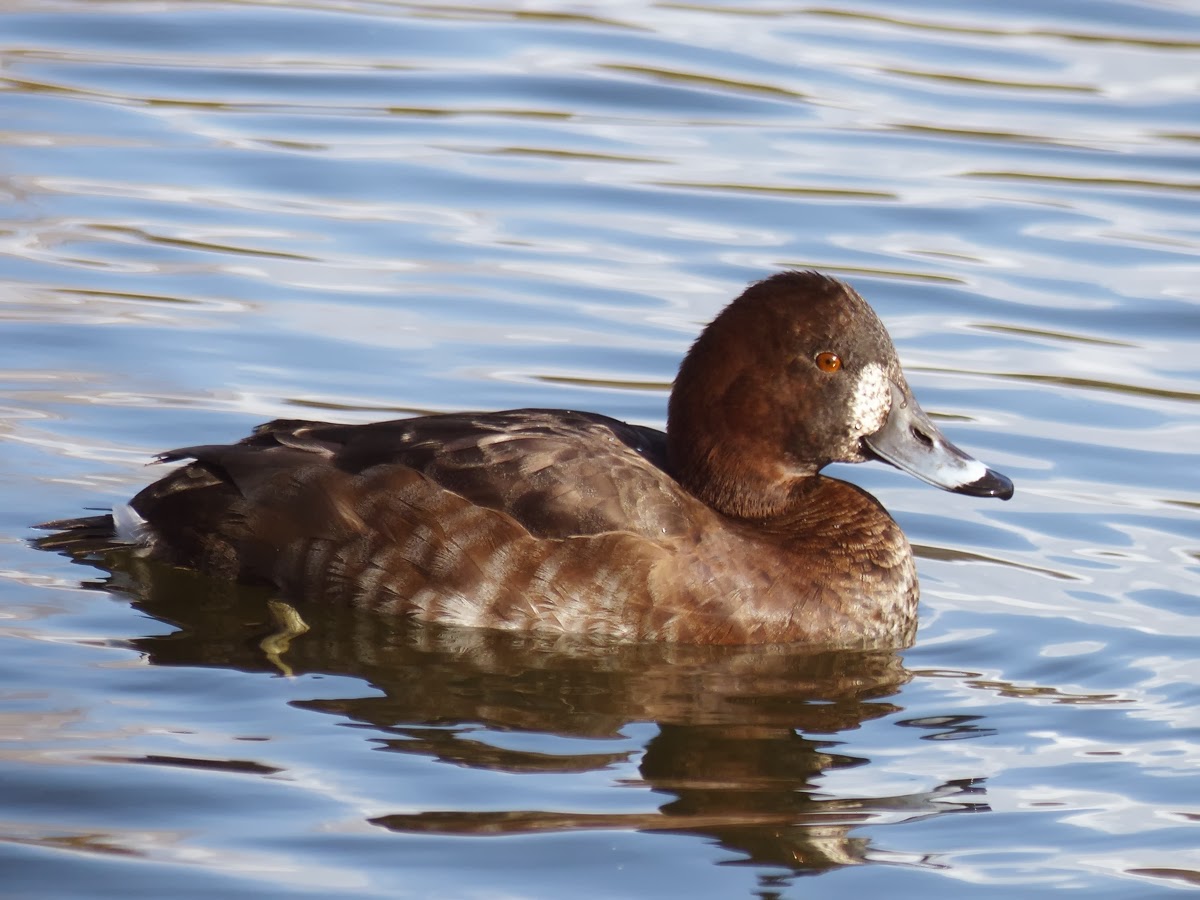 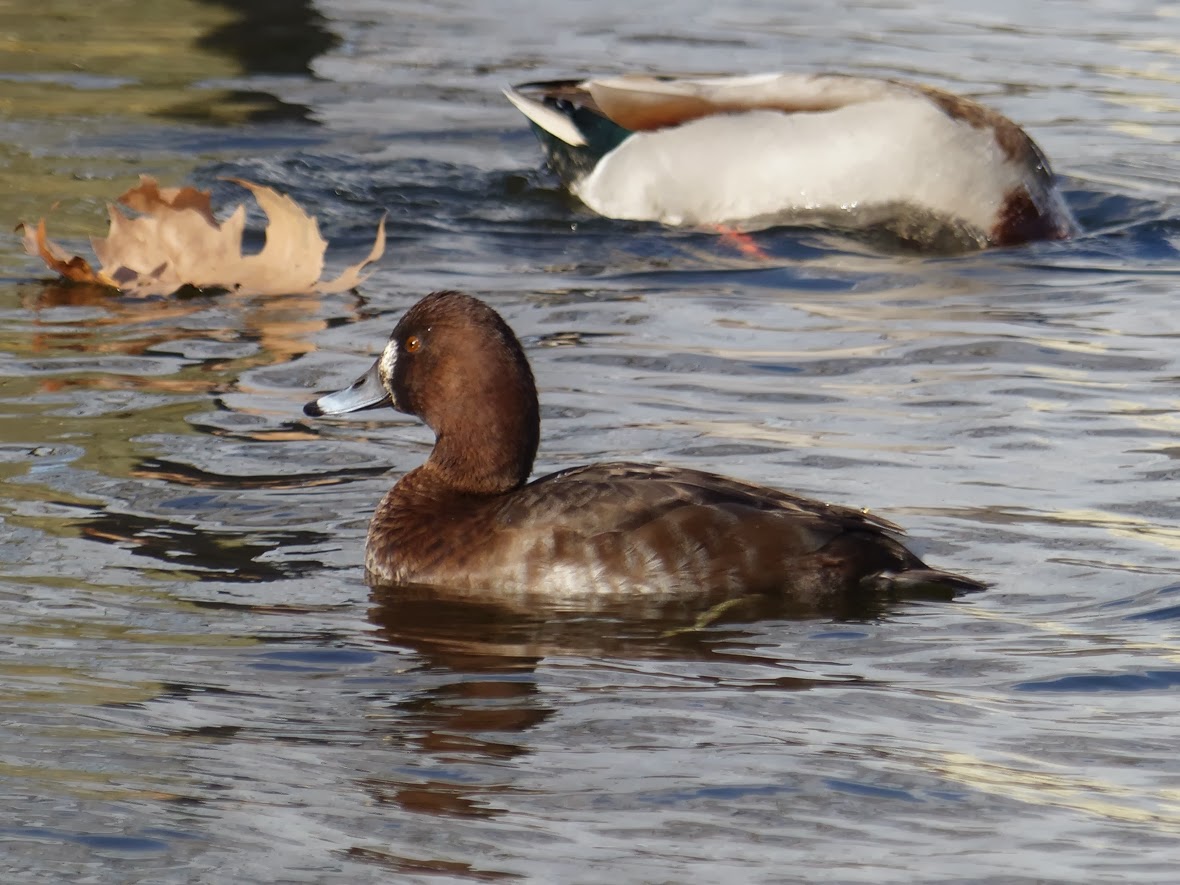 Interesting bird, good to get experience with a female after the multiple drakes in the LDV last winter

A surprise was a Mealy Redpoll that was around the Italian Fountain feeding away in a Silver Birch seemingly oblivious to the lady trying to feed it bread below! 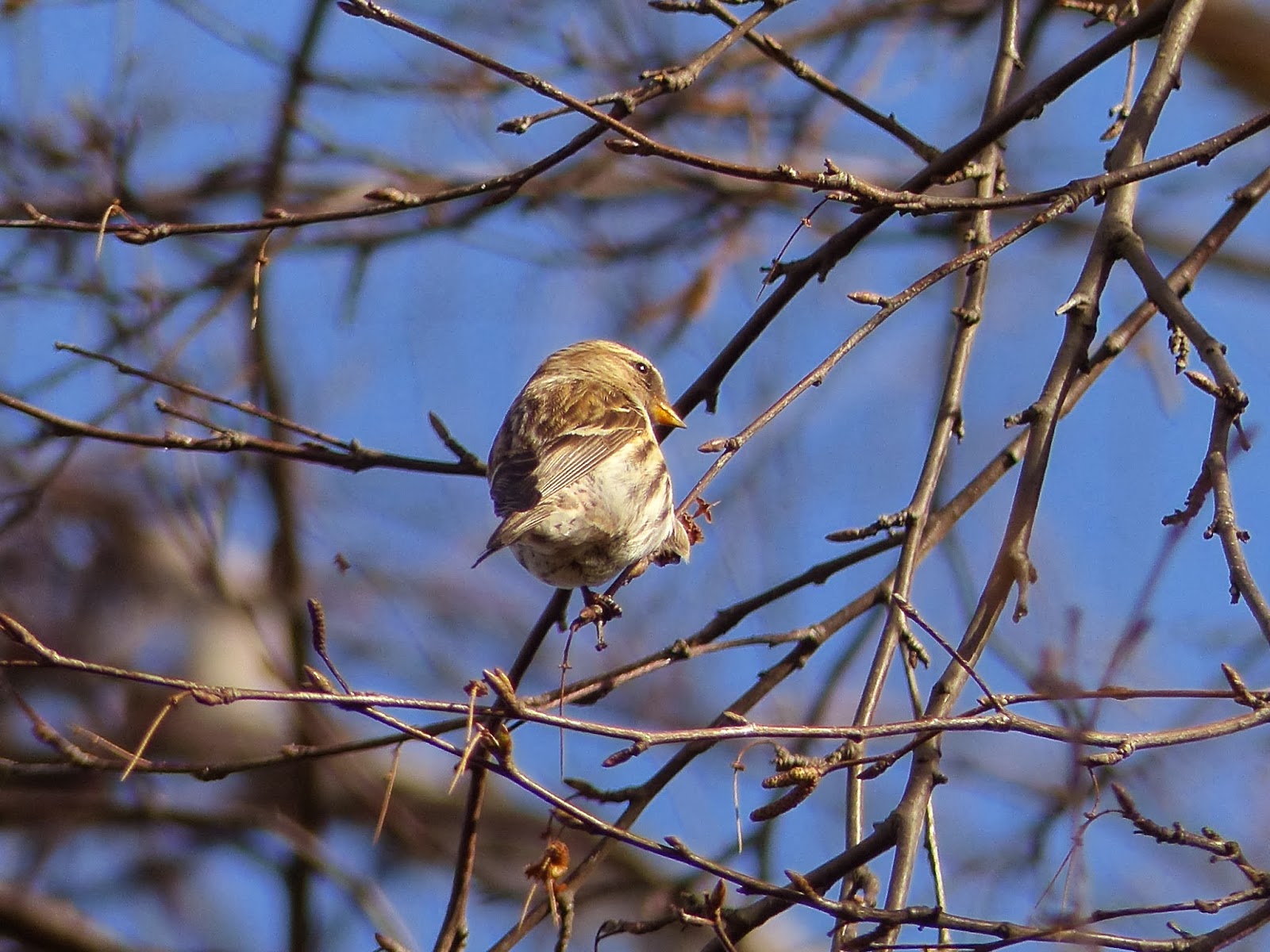 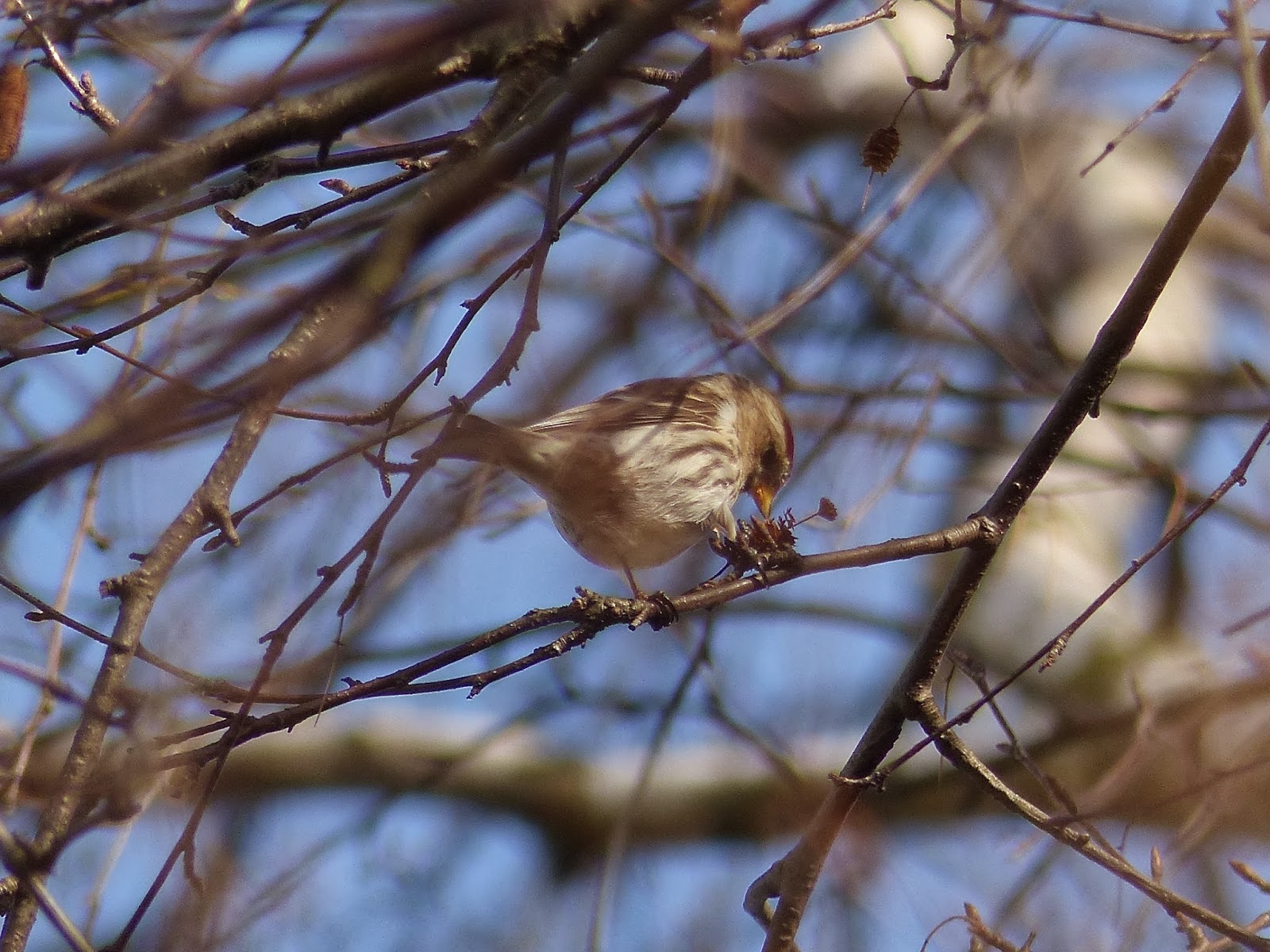 Although not the best sound of a bird in Britian the parakeets add a nice splash of colour to the grey city! Another bonus of all the people are the tame birds, managed to hand feed a Robin, Blue Tit and several Great Tits, bit 'dudey' but great fun!!! 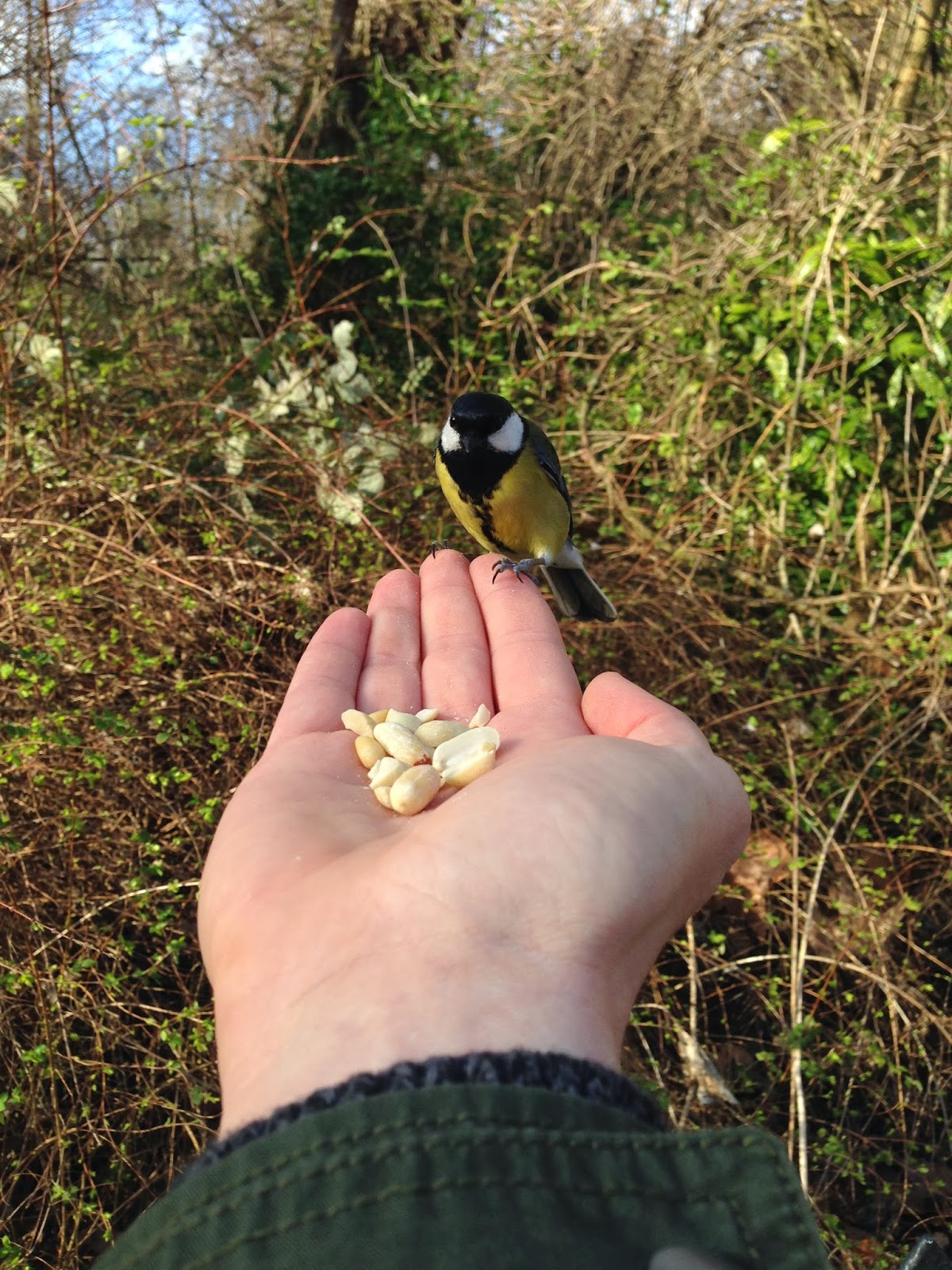 Since being back in Birmingham me and Dad made the most of a good forecast and headed into the Forest of Dean, brilliant mornings birding highlights being 2 Hawfinch and 6+ Goshawk, never tire of Goshawk and they put on a great show at New Fancy with almost constant activity for the 2 hours we were there.
Posted by Tim Jones at 7:01 PM No comments: