Back in March I was lucky enough to travel to Northern Norway to enjoy the delights of the frozen north as part of GullFest, one of the highlights of the trip were the large numbers of Glaucous Gulls present in nearly all the harbours.

The following photos were taken during GullFest 2016 (hosted by Biotope) in Vardo Harbour. A dead drake Common Eider came floating past and attracted much attention with the large gulls.

Initially claimed by a 3w Glauc, it was then claimed by a juv Glauc before an adult GBB was the winner of the final! Some rough and tumble from the Glaucs, but just a menacing stare was enough for the GBB to win! 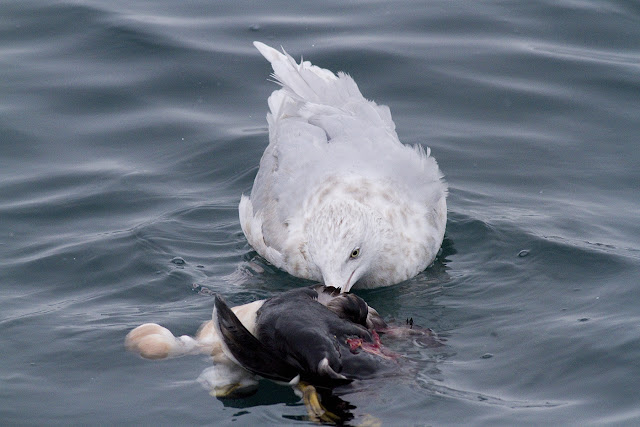 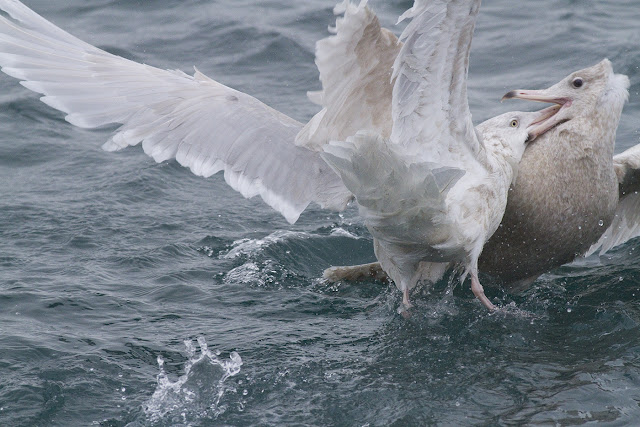 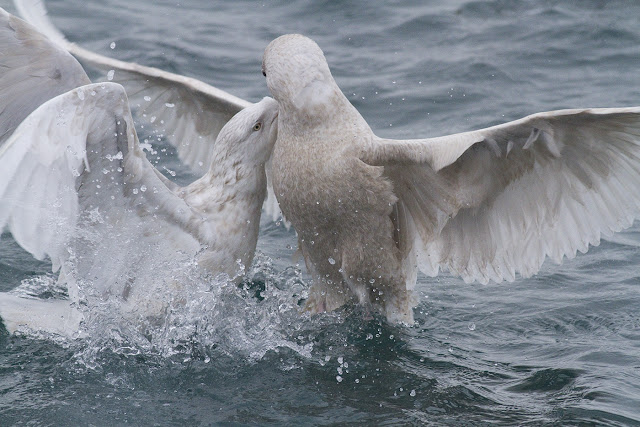 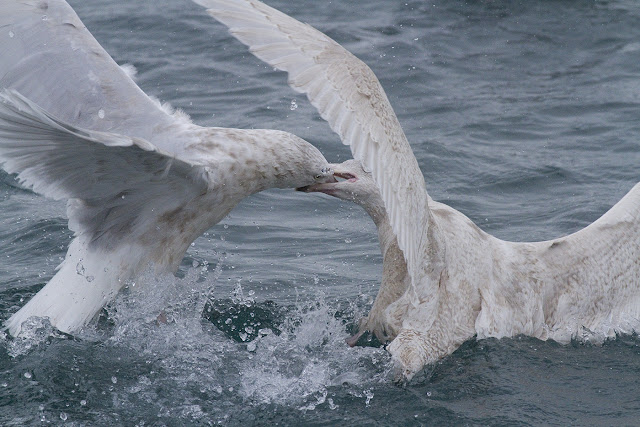 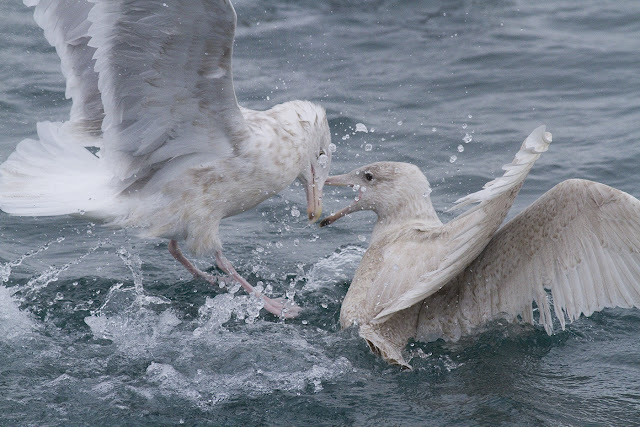 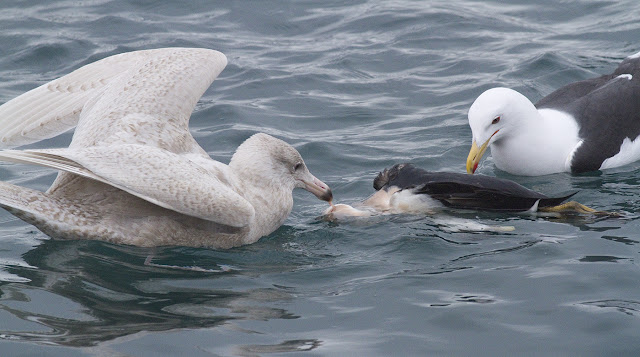 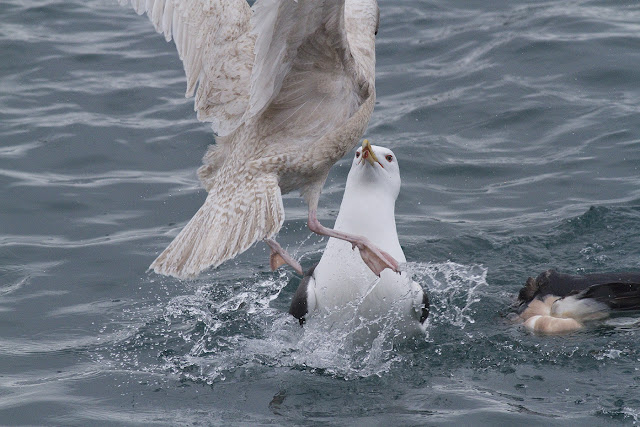 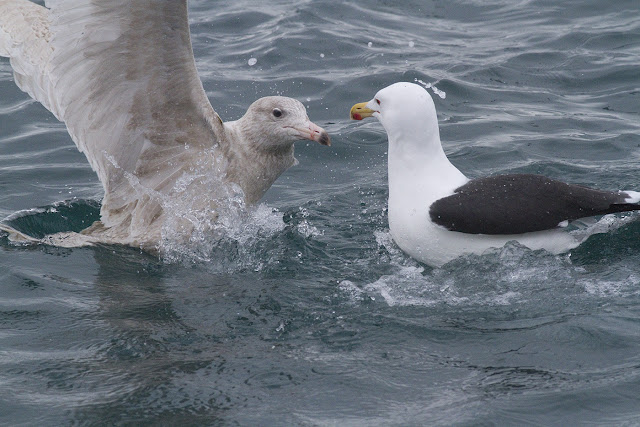