So basically 2 days ago I clapped eyes on a dark 2cy gull, saw it again yesterday with Adam Hutt, Chris Gomersall and Peter Knight and managed some flight shots and it looks like a very good candidate American Herring Gull.

(Edit- been described as a textbook American Herring by Martin Elliott) 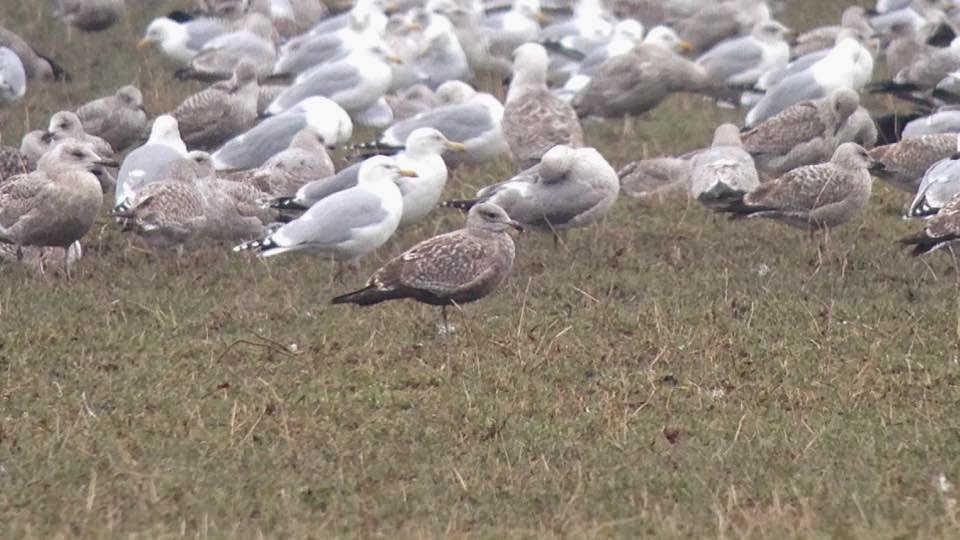 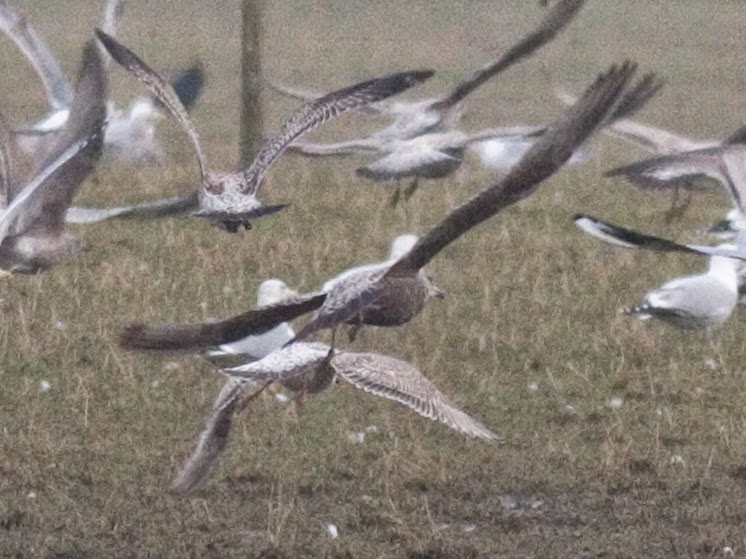 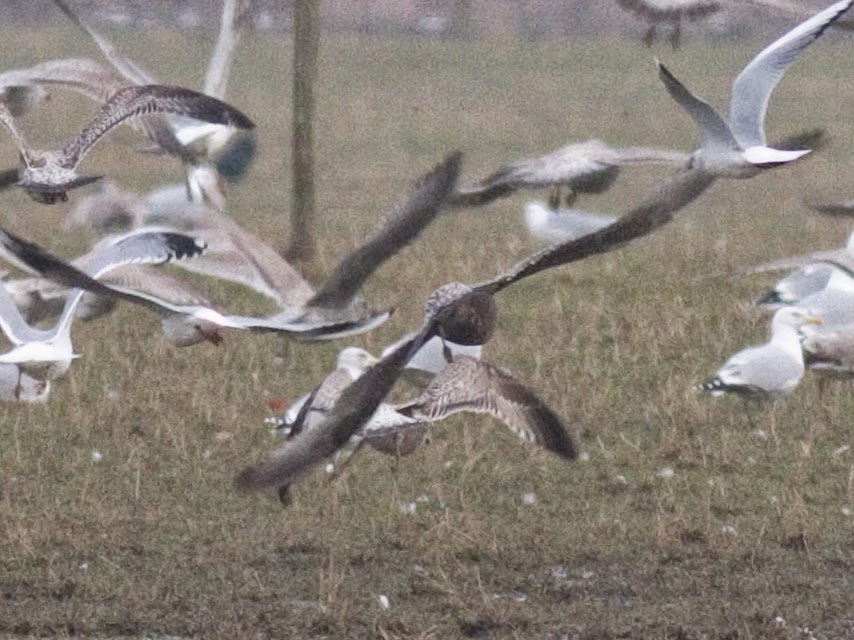 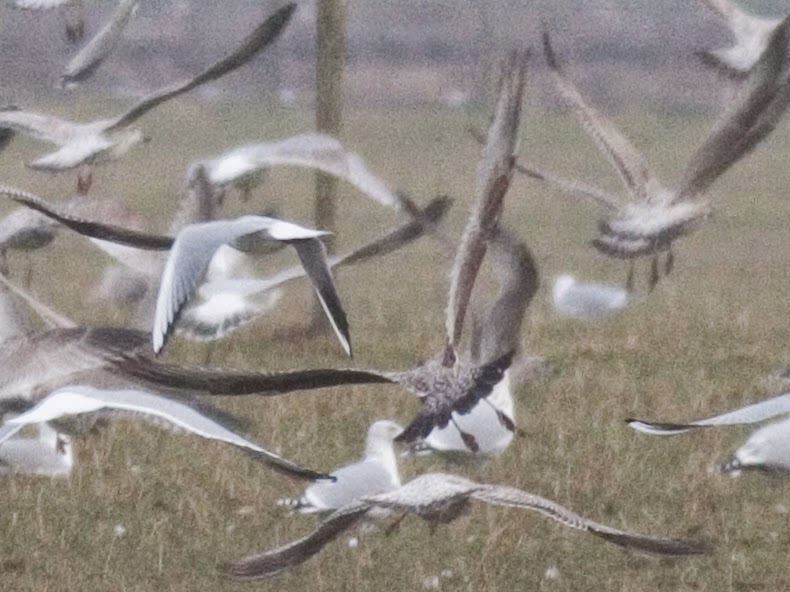 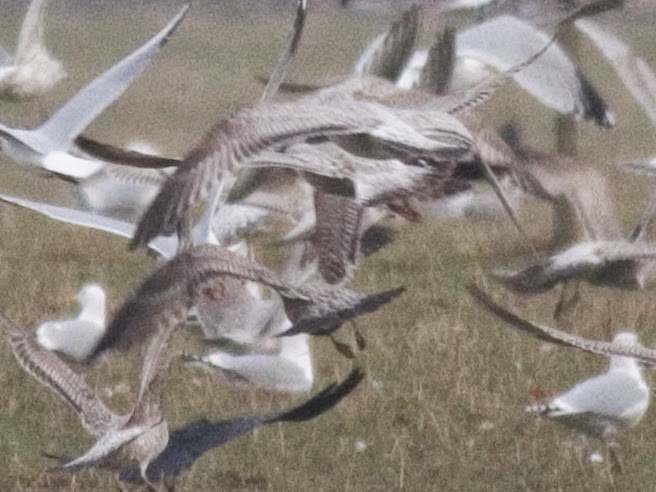 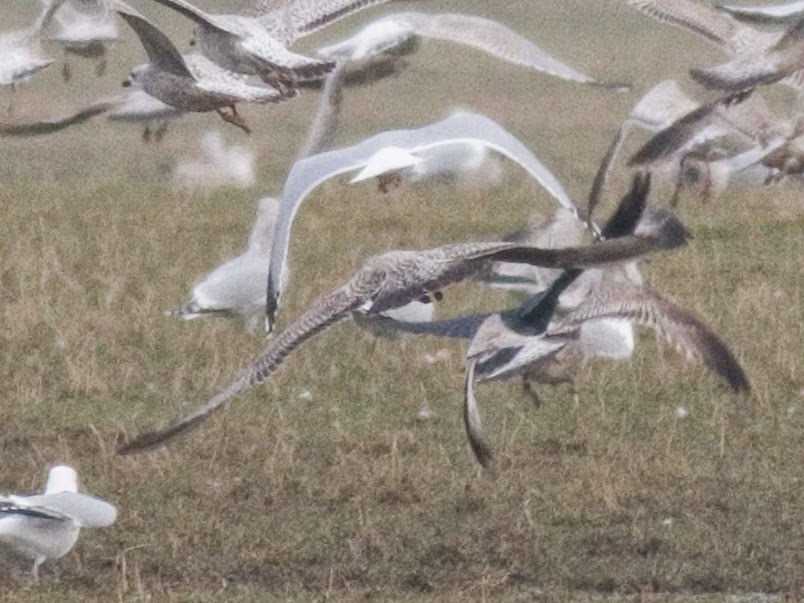 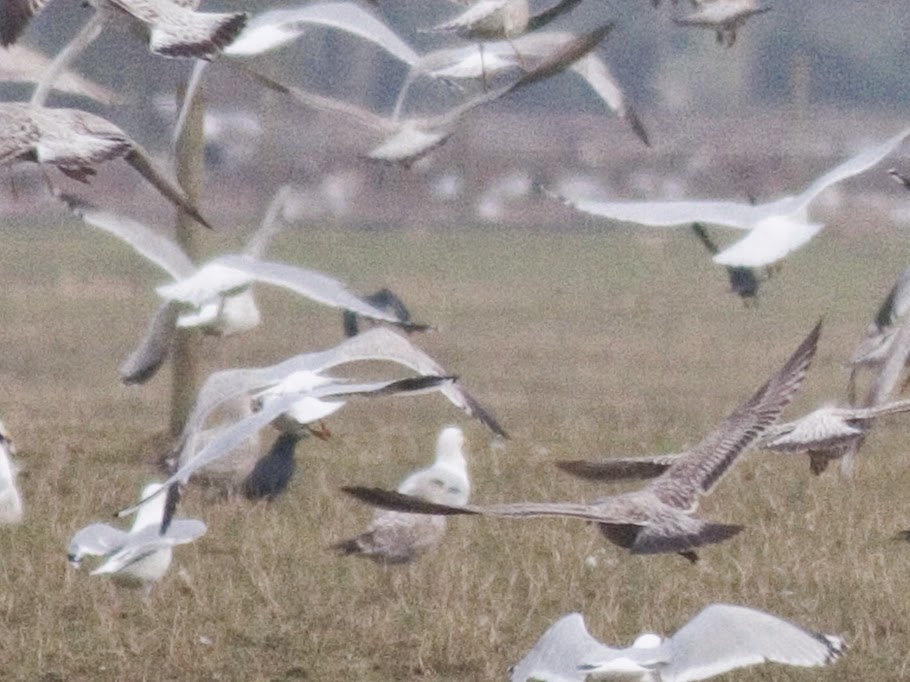 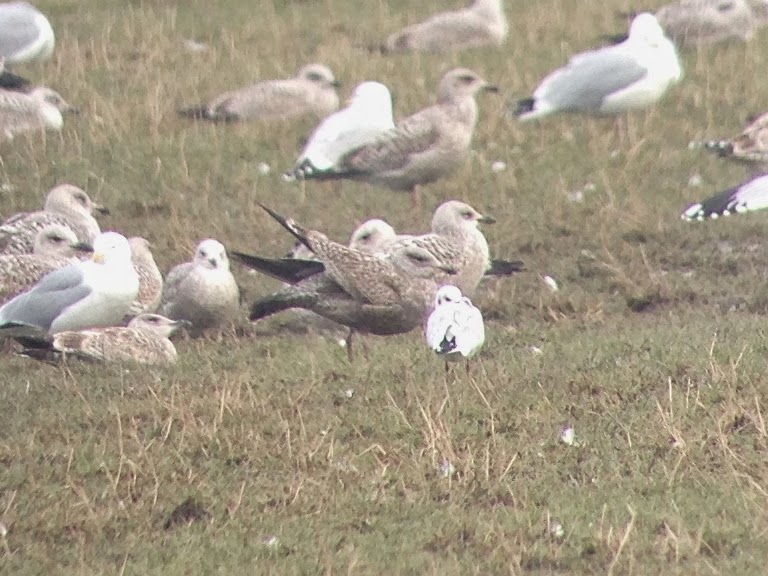 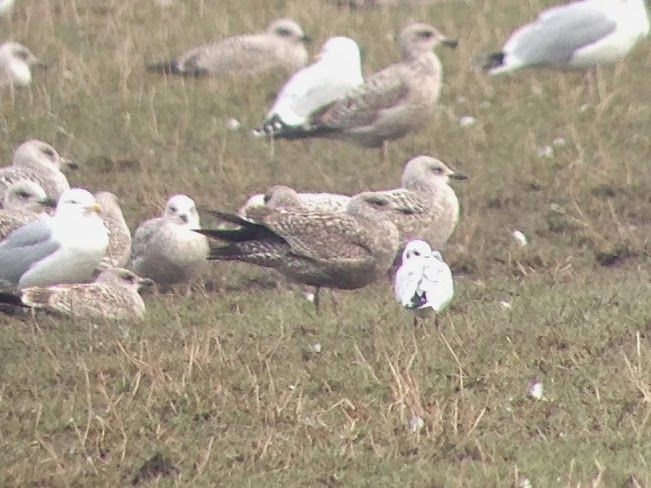 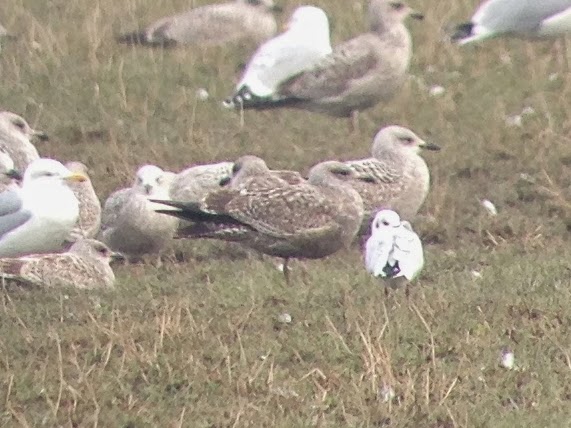 I'd posted them on various Facebook groups and a few private emails but no one was showing too much interest in it, I stupidly ignored the power of Twitter for some reason, but Tom Lowe (@saloplarus) tweeted some of the pics and said he thought it was an American Herring around midday and it got a very positive response!

So lets hope its re-found and if anyone interested in having a look directions below.

The gulls feed on the large tip (Harewood Whin) near Rufforth just west of York, and then loaf in the area around the airfield, best place to park and look will be on the airfield, the map below shows where you come off the road and drive round the outside of the airfield, please note this is a VERY active airfield and you should not attempt to walk/drive on the airstrip! Park sensibly tucked away into the edge as marked on the map, DO NOT park beyond the haybale stack on the right hand side as you go along the southern edge of the airstrip and view the field as marked. The air club and farmer are happy for people to do this, but will not tolerate people walking on the airfield or trying to get closer to the fields where the gulls loaf, DO NOT drive down the track that runs along side the field to Woodhouse Farm. There is a small concrete pad just off the track around the airfield that can fit about 5 people on it, the farmer is happy to have a few people stood there but its probably best if most line up on the fence line and view onto the field. 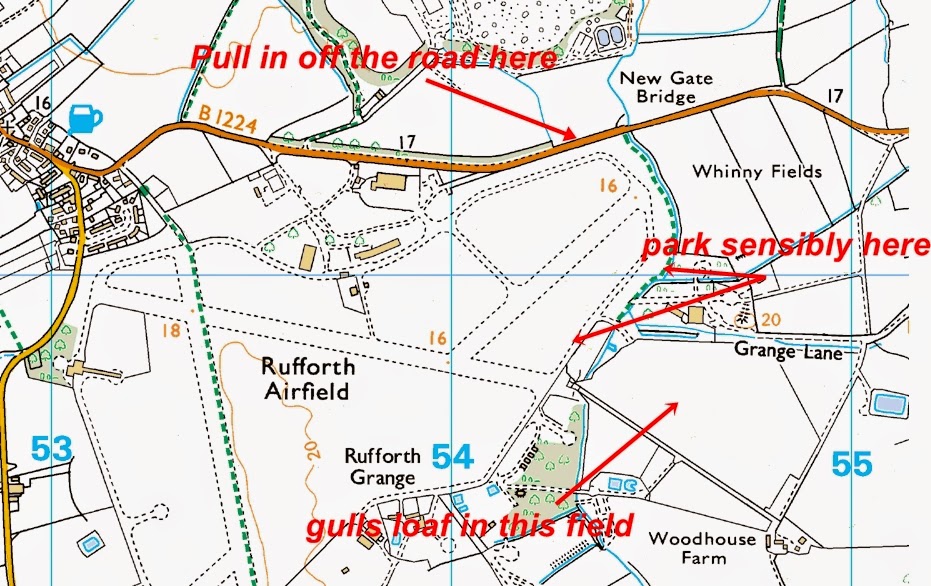 Also in the area are 3 Kumlien's Gulls, 2 adults (one with a brown wash to head, one with a clean head) and a juv bird, pics of all 3 below 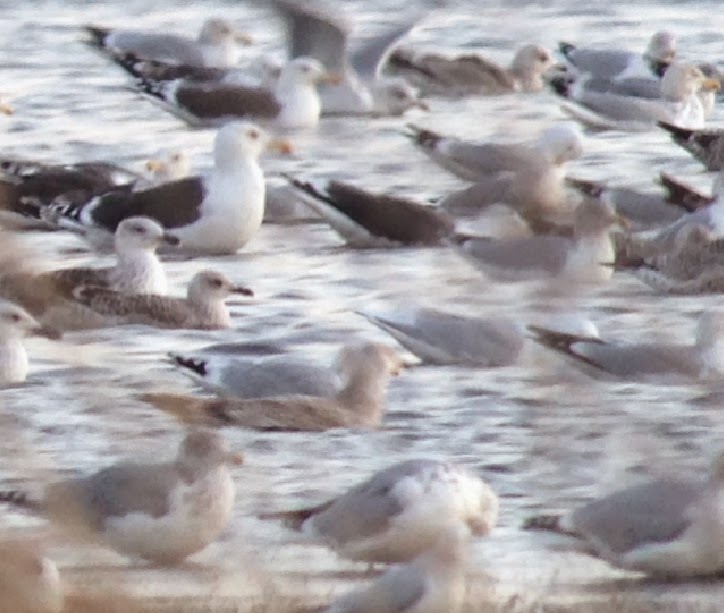 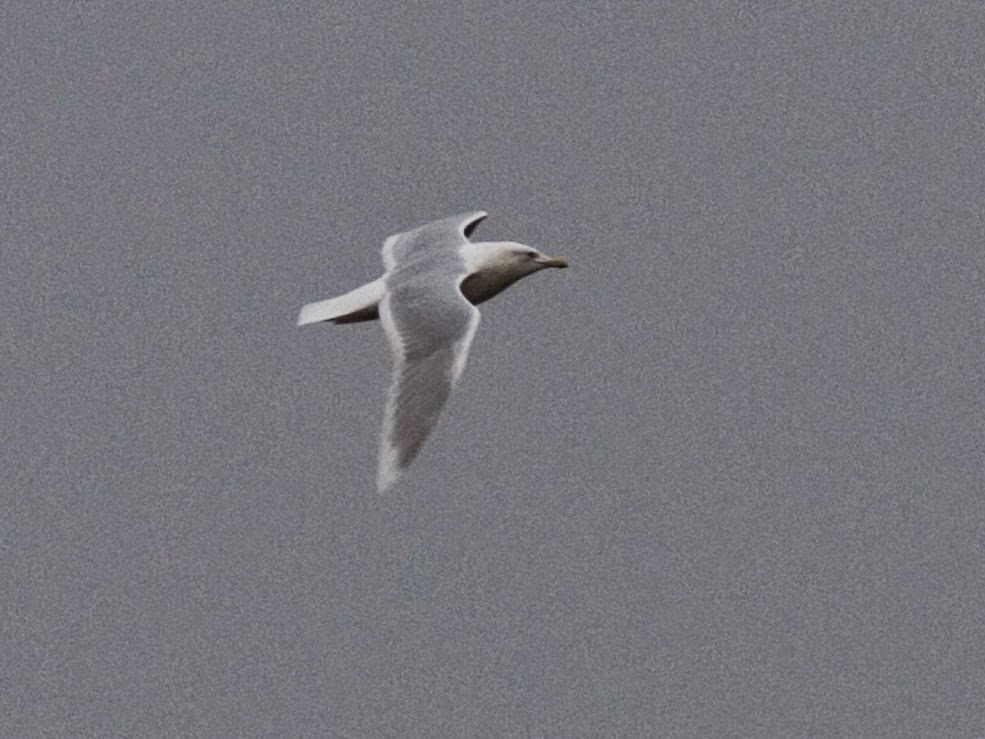 Then today on the Airfield, its subtle! 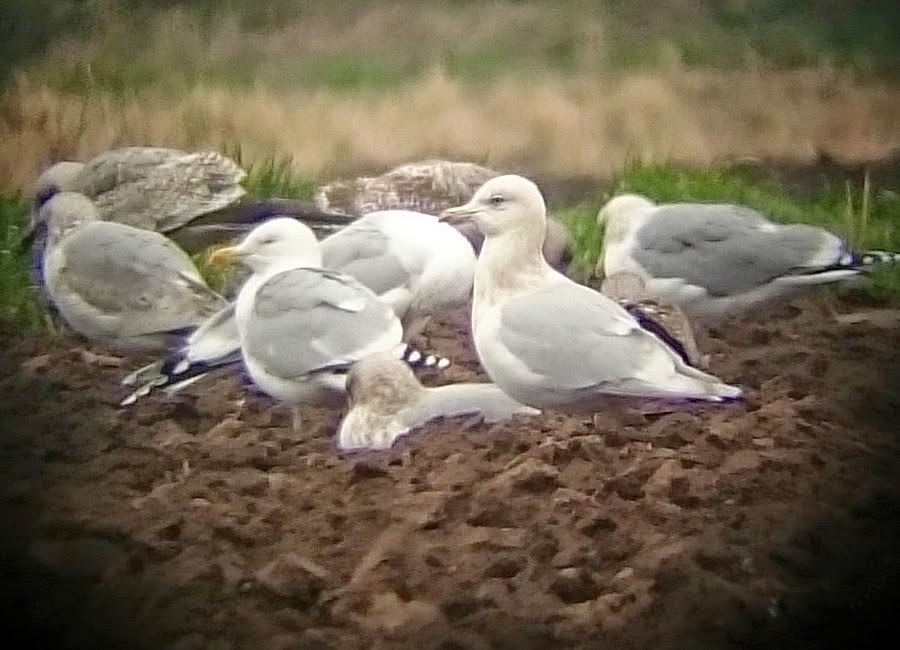 And again yesterday at the airfield (12th Feb) 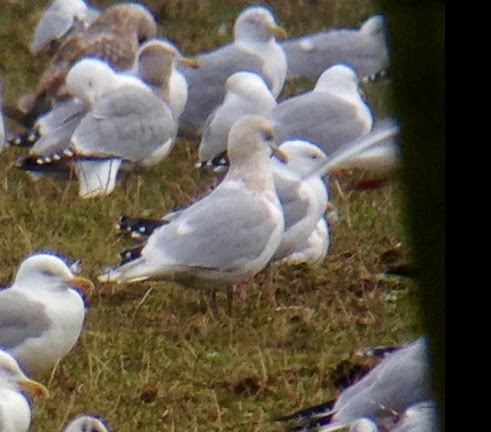 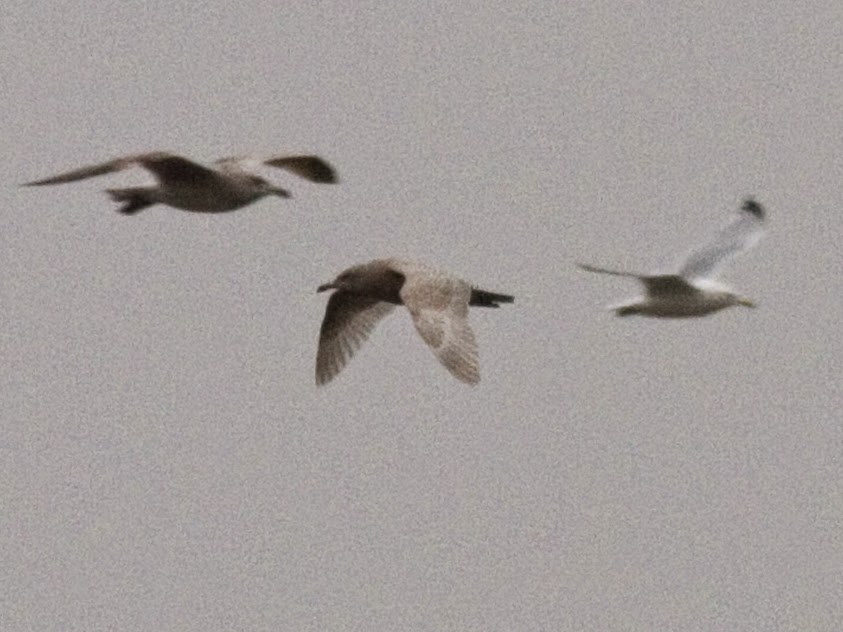 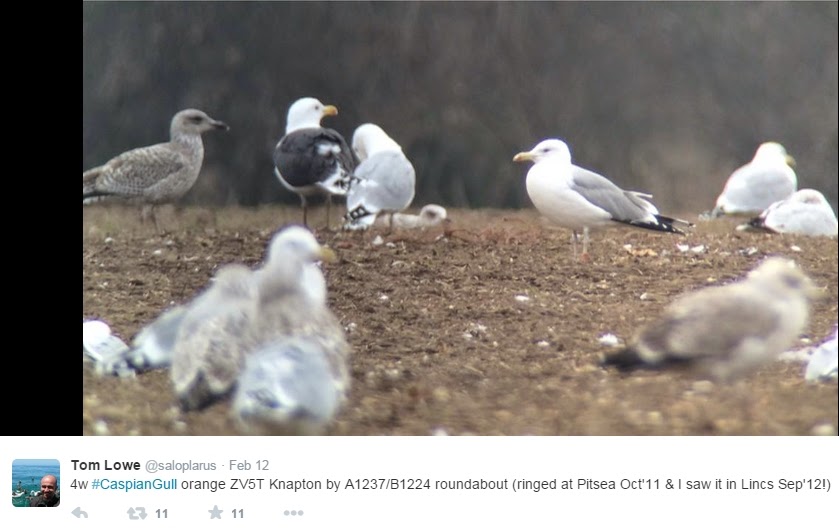 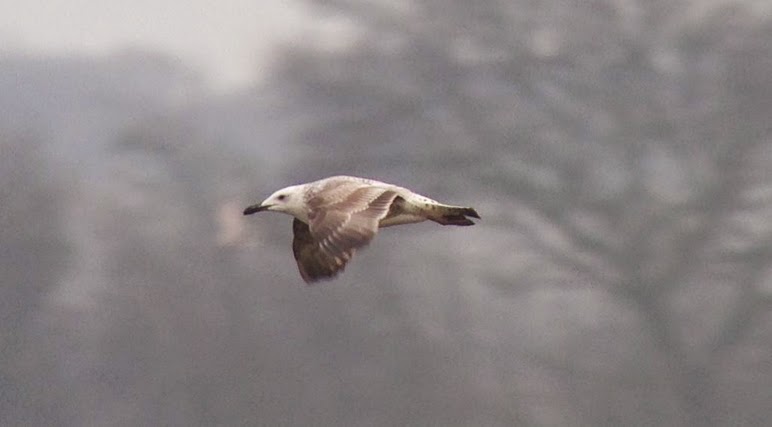 Theres also a handful of Iceland Gulls and an adult Glaucous all been seen in last few days and doubtless more!